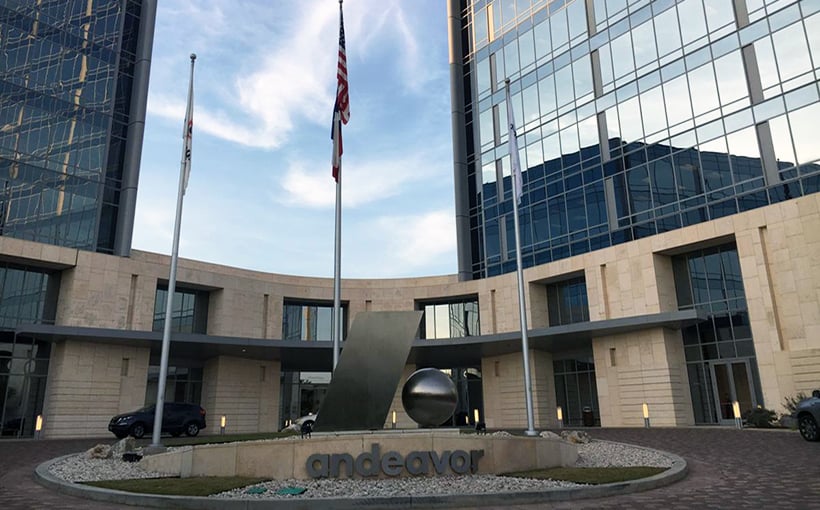 Andeavor Nabbed by Marathon in $23B Deal

Marathon Petroleum Corp.  announced it would buy San Antonio-headquartered Andeavor for more than $23 billion.  Once the deal closes in 2H 2018, the combined companies will leapfrog Valero Energy, also based in San Antonio, as the largest independent U.S. refiner by capacity.

Marathon Chairman and CEO Gary R. Heminger will lead the combined company, while Andeavor CEO Gregory Goff will serve as executive vice chairman, and a board member. The Findlay, OH-based Marathon will maintain an office in San Antonio.

Formerly named Tesoro, Andeavor operates 10 refineries, with a capacity of approximately 1.2 barrels per day. The company made news in early 2017, when it acquired Western Refining in a $6.4 billion deal. Later in 2017, Andeavor acquired 39 Flyers Energy-owned convenience stores in California and Nevada.

Marathon is the nation’s second-largest refinery, with a capacity of approximately 1.9 million barrels a day. Marathon-branded gasoline is sold in 20 states, and its Speedway unit owns the second-largest convenience store chain. The combined company will have approximately 4,000 company-owned stores, and 7,800 branded retail locations.