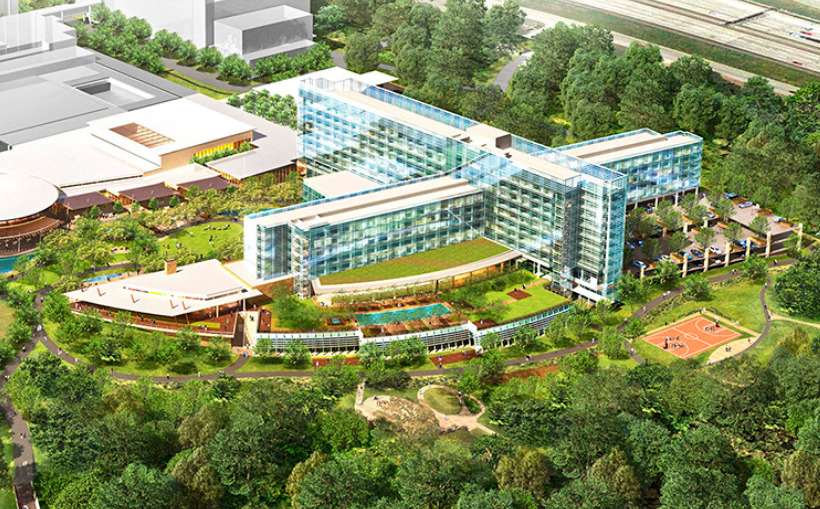 Fort Worth-based American Airlines announced it will open its new headquarters campus early next year. The airline is building the hospitality project for its employees, not the traveling public. It’s designed so visiting employees can relax after a day of training and meetings.

Skyview 6—taking its title from other similarly named buildings on the campus—is a nine-story facility that will feature 600 guest rooms for the company’s employees and those of its wholly owned carriers. The $250 million project will also feature a 10,000-square-foot ballroom to host events.

American has added nearly 4,400 employees this year, bringing its total to more than 103,000. When combined with its wholly owned carriers, the company has a workforce of more than 130,000. About 12,000 of those employees work out of its headquarters campus daily. The company is also adding a 73,000-square-foot-plus fitness center with an exercise pool. Skyview 6 is expected to open in the first quarter of 2023.