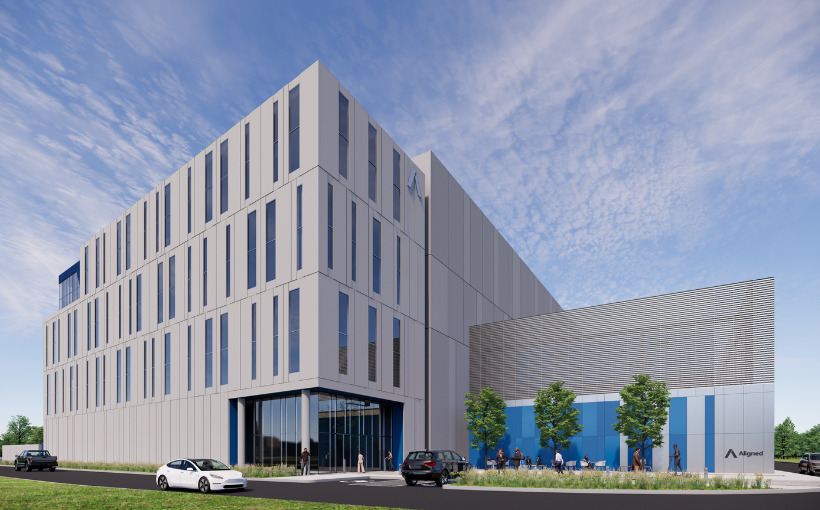 Phase one delivery of the campus’ first facility, IAD-03, is targeted for fall 2023. Once complete, the build-to-scale deployment is planned to culminate in a four-story, 72 MW, 430,000-square-foot hyperscale data center.

Aligned’s IAD-03 hyperscale data center campus is carrier-neutral and positioned atop fiber and conduit routes that offer access to one of the highest concentrations of high-capacity dark fiber providers, major long-haul fiber carriers, and international networks in the nation. The campus will provide multi-layer physical access control security, including mantraps and dual-factor authentication, with both security and operations personnel stationed on site 24x7x365.

Aligned’s scale and build-to-scale data centers include the company’s patented and award-winning Delta3 cooling technology, which lowers customers’ total cost of ownership while advancing a commitment to sustainability.