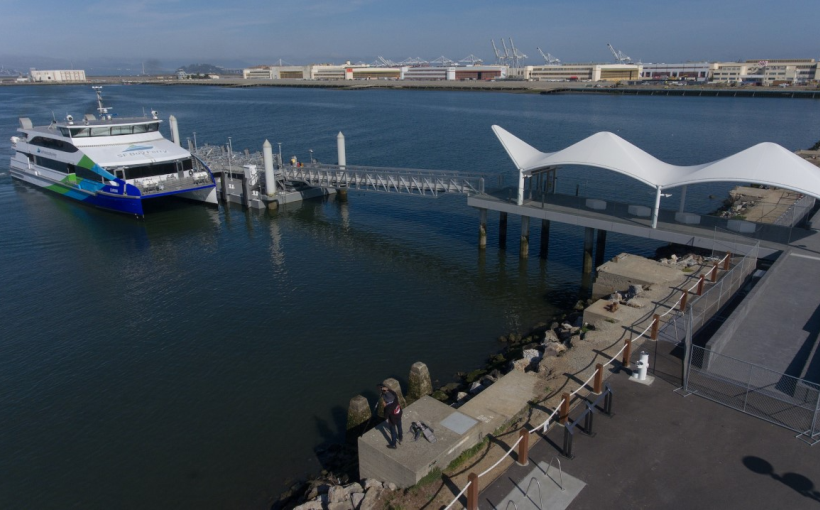 Combining waterfront living, an easy commute to downtown San Francisco and an approachable price has always been a challenge. However, it just became a reality for the Alameda Point Waterfront District with the July 1 opening of the new $23 million Seaplane Lagoon Ferry Terminal and service.

“The new ferry service is truly a game changer for the area,” says Michael Sorochinsky, CEO of Cypress Equity Investments, a partner in the redevelopment of the Alameda Point Waterfront District and developer of AERO Apartments. “Not only does it provide an enviable commute for residents of our new high-design waterfront communities, it also opens Alameda Point Waterfront District to residents, businesses and visitors from around the Bay Area. Just imagine a Bay Area commute that gets you out of your car and eschews the bottlenecks of our bridges and the congestion, and multiple stops that plague BART and Caltrain.”

The new ferry service runs from Seaplane Lagoon Monday through Friday from Alameda beginning at 6:30 a.m. until 7:30 p.m. and from San Francisco to Seaplane Lagoon starting at 6:55 a.m. until 10:22 p.m. Both bicycle and pedestrian access are available. According to San Francisco Bay Area Water Emergency Transportation Authority, the Ferry service available now exceeds pre-COVID levels.

Designed to blend in with the historic warehouses and hangars of the Alameda Point Waterfront District, AERO Apartments provides studio, one-bedroom and two-bedroom floorplans. The new community is located at 2000 Ardent Way. With final construction and landscaping scheduled to be 100 percent complete by September, AERO is already nearly 30 percent leased.