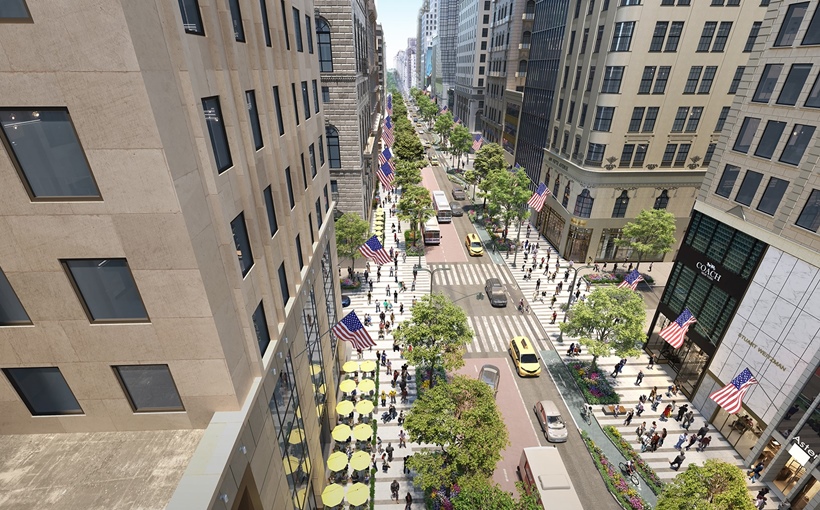 In separate announcements on Sunday and Monday, Mayor Eric Adams unveiled proposals to reimagine two of New York City’s major throughfares: the Cross Bronx Expressway and Fifth Avenue between Bryant Park and Central Park. Both proposals are slated to be fleshed out over the next two years.

“Fifth Avenue is an iconic corridor and an engine of our Midtown economy,” said Adams. “But it is also an unmissable opportunity to show the city and the country how world-class public space can help create vibrant central business districts.”

The city aims to engage a design firm to begin the process in early 2023, Adams’ office said.

Funded by a $2-million grant from the U.S. Department of Transportation, the Cross Bronx study will look at ways to reconnect communities, address inequitable health outcomes, expand open space and increase safety. Decking the highway, built in the 1950s and 1960s, is one option.