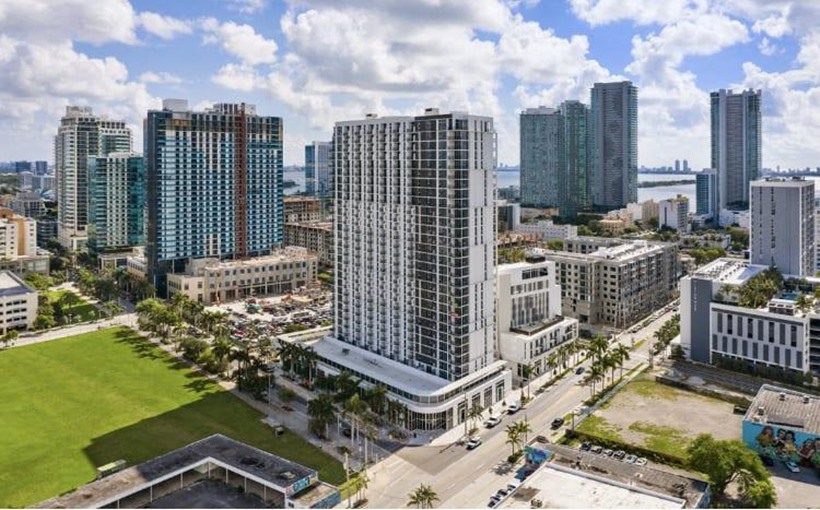 Two years after stepping down as CEO of WeWork Inc. upon the collapse of its planned initial public offering, Adam Neumann apparently has been reinventing himself as a multifamily magnate. According to published reports, Neumann has indirectly acquired majority stakes in more than 4,000 apartments valued at more than $1 billion and located primarily in the Sunbelt, with a focus on cities such as Atlanta, Miami and Nashville.

Bloomberg News reported that Neumann sees his role as landlord as part of a larger business strategy that’s yet to be revealed. Along with acquiring stakes in apartment properties, he has amassed dozens of investments in startups and laid roots for new ventures of his own, a source told Bloomberg.

An example of these investments in startups is Alfred Club Inc., which provides concierge services such as picking up and dropping off groceries and laundry in residential buildings, sources told the Wall Street Journal.

Neumann has been using his own money to buy the buildings, Motley Fool reported. He was paid a combined $778 million in consulting fees and stock purchases by WeWork’s majority investor, Softbank, upon his departure. He can also tap into another $500 million in stock sales he executed “when WeWork’s valuation was grossly inflated,” according to Motley Fool.

Neumann also retains a sizable stake in WeWork, which finally went public last year at a reduced valuation. In all, Neumann has a net worth of $2.2 billion, according to the Bloomberg Billionaires Index.

Many of the acquisitions in both apartment properties and startups have occurred over the past year, according to the WSJ. Although Neumann didn’t comment for either the WSJ or Bloomberg reports, friends and associates have said he wants to create a widely-recognizable apartment brand stacked with amenities, with a view toward attracting the same kind of young professionals who took advantage of WeWork’s co-working spaces.

“Since the spring of 2020, we have been excited about multifamily apartment living in vibrant cities where a new generation of young people increasingly are choosing to live,” DJ Mauch, a partner at Neumann’s family office, told the WSJ. “We’re excited to play a role in that future.”

Neither Mauch nor Neumann has provided any specifics on what would differentiate the new venture from other landlords who provide high-end amenities and perks at luxury buildings. During Neumann’s heyday at WeWork, a period when the company was valued as high as $47 billion, he launched a residential business called WeLive.

“The company opened a small number of communal apartments, sort of like college dorms for adults,” reported Bloomberg. “WeLive didn’t go very far and was shuttered after the company hit turbulence” in 2019.

Under Neumann’s stewardship, WeWork “nearly ran out of cash in 2019 after its IPO went sideways,” Bloomberg reported. “The IPO prospectus showed mounting losses and myriad conflicts of interest, including real estate transactions between Neumann and the company that drew fire from prospective investors.”

Beyond transactions that raised red flags, Neumann also exhibited what Motley Fool described as “an erratic, unprofessional management style” in running WeWork. “Publicity downfall completed, Neumann’s gigantic windfall from WeWork has nevertheless allowed him to position himself for the role of role of landlord to thousands.”

Pictured: Yard 8 Midtown in Miami, owned by an entity tied to Neumann.