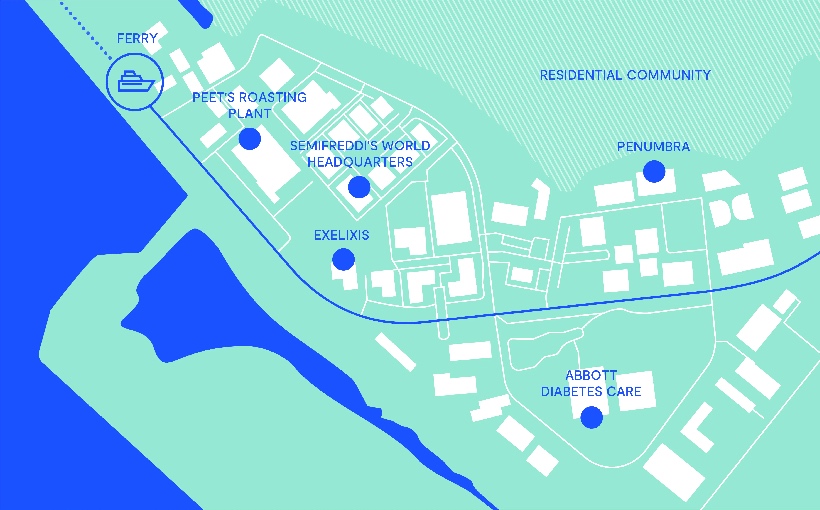 For newcomers, Harbor Bay is growing into its own Bay Area sub-market. And Azzur Group, a national consultant for the life science, biotech and medical device industries headquartered in Hatboro, Penn., signed a long-term lease totaling 76,242 square feet for two buildings at The Loop at Harbor Bay – first reported at SFBJ.

Harbor Bay is a reinvigorated space: formerly known as Harbor Bay Business Park. The space does comprise six buildings at 2115, 2095, 2065 and 1955 North Loop Road and 1410 and 1430 Harbor Bay Parkway. (CBRE shows that this particular area is, as they say, indulgent.) The campus totals about 332,000 square feet. (And that ain’t no small footprint.)