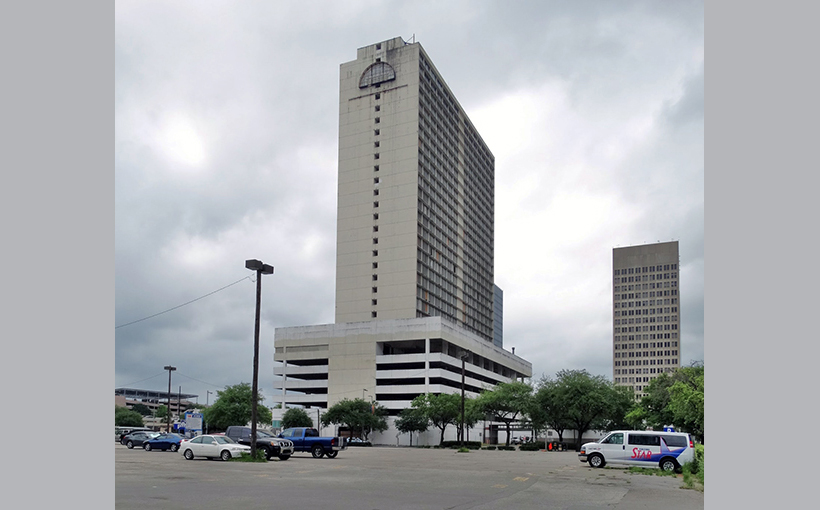 An abandoned hotel at 801 St. Joseph Pkwy. in downtown Houston is on the market once again. SFK Development, which acquired the 30-story property in 2012, hired CBRE to market and sell the downtown property.

Located on downtown’s south side, the property delivered in the early 1970s and, since that time, has been bought and sold several times. The building has been a Holiday Inn, a Days Inn, and was owned by a group led by the late Maharishi Mahesh Yogi, which dubbed it the Heaven-on-Earth Hotel. The property has been vacant since the late 1990s. SFK announced plans in summer 2017 for an $85 million renovation plan, but little has been done since that time.

The building once had 600 rooms, making it the largest Holiday Inn in the continental United States.