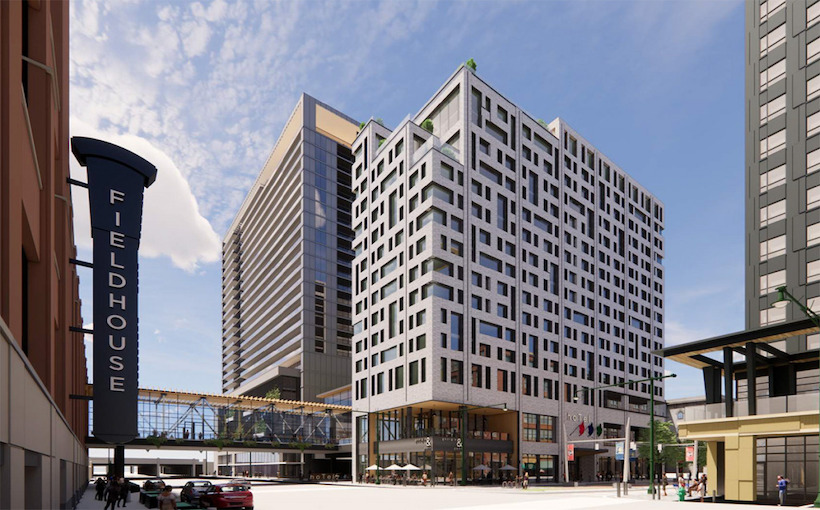 A Huge $250M Mixed Use Redevelopment is Proposed for Downtown Indianapolis

An investment group led by a prominent Indianapolis clan, the Herb Simon family, has plans to demolish the 100-year-old CSX railroad building in Downtown Indianapolis that is directly across the street from Gainbridge Fieldhouse and replace the CSX office building with two new towers that would house a hotel, apartments and retail space, according to the Indianapolis Business Journal, IBJ.

According to Indianapolis Historic Preservation Commission documents reviewed by IBJ the $250-million development at 230 S Pennsylvania St would consist of a 26-story apartment building and a 16-story hotel all designed by Indianapolis architects Ratio Design.