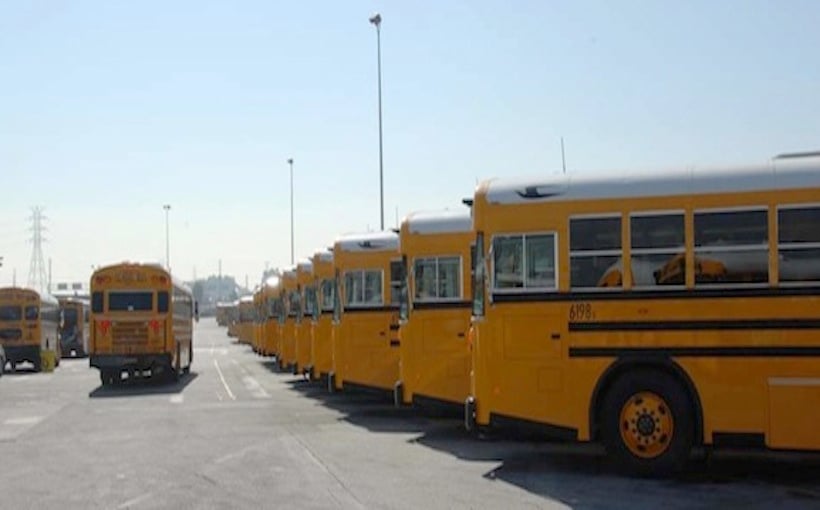 This post will be updated throughout the day as more news is shared by officials.

The closure could cost the economy millions of dollars as the district receives state funds for each child in attendance and many parents had to take off work to care for their children.

White House Press Secretary Josh Earnest addressed the public on behalf of the White House in response to the terror threats on LAUSD and the New York school district. In response to balancing vigilance and resolving to not give into the fears of terrorism, he said that the most important thing in the mind of the President is to keep the American people safe. People should have confidence that our law enforcement is keeping us safe and remaining vigilant.

Ramon Cortines, superintendent of Los Angeles Schools, spoke to the media and shared that it was his decision to close the schools based on past circumstances. He was not willing to take the chance to put any students or staff in potential harm’s way. Plant managers and law enforcement are inspecting all schools. Cortines says that they are doing everything possible to ensure the safety of the children and that the precautions are being done calmly. Cortines has notified everyone across the Los Angeles school system to ensure safety.

Los Angeles Mayor Eric Garcetti supports the decision made to close the schools as the first priority is safety. He says that they will continue to hope that this is nothing, but he will support the school district with law enforcement and caution. The city’s Emergency Operation Center is at level 1, the lowest threat level, but on alert. Garcetti urges, “If you see something, say something.”

LAPD Chief of Police Charlie Beck was contacted late last night about the threat. They contacted the FBI and worked jointly with the force. He made a comment to those who have been critical of the decision to close the school to try hold back criticism as it’s easy in hindsight if nothing happens, but at the current time, no one knows what could be. The millions of lives under the district are of utmost importance.

LAUSD Police Chief  Steve Zipperman commented that none of the schools will be reopened until he feels that they have the information they need from the teams investigating schools that everything is safe.

Updated at 9:30 AM
NYPD Commissioner Bill Bratton says that the threat was not “credible.” As the largest school district in the nation, New York has over one million students and over 1,600 schools. The NY officials quoted that the threat was so “generic and outlandish” and included misspellings in the email, making it seem like a potential hoax.

The IP address has been traced to Frankfurt, Germany.

New York and Los Angeles are taking opposite approaches in response to the threat.

Updated at 9:05 AM.
The email was sent to one specific person at LAUSD and specified the threat, but not the school. The threat reportedly came from overseas. The superintendent referred to the proximity of Los Angeles being 70 miles from San Bernardino, so the decision was made to close the schools.

Currently, investigations are taking place around the Coliseum in Los Angeles.

New York received the same threat from a jihadist overseas, but has not closed any schools.

Updated at 8:55 AM.
Due to a “credible threat” involving backpacks and packages found on campuses, all LAUSD schools have been closed today. With over 650,000 students and 60,000 teachers, LAUSD is the nation’s second largest school district, and an investigation will span over 900 schools in the district, as well as 200 charter schools.

The threat was made electronically to multiple schools, but coming just under two weeks since the San Bernardino mass shooting, officials say that they will not take any risks in staying open.

Students who already arrived at schools are being supervised until they can be picked up. Surrounding school districts are remaining open for the time being.

The New York’s City Commissioner has reported that the New York school district also received the same threat, but deemed it not credible.