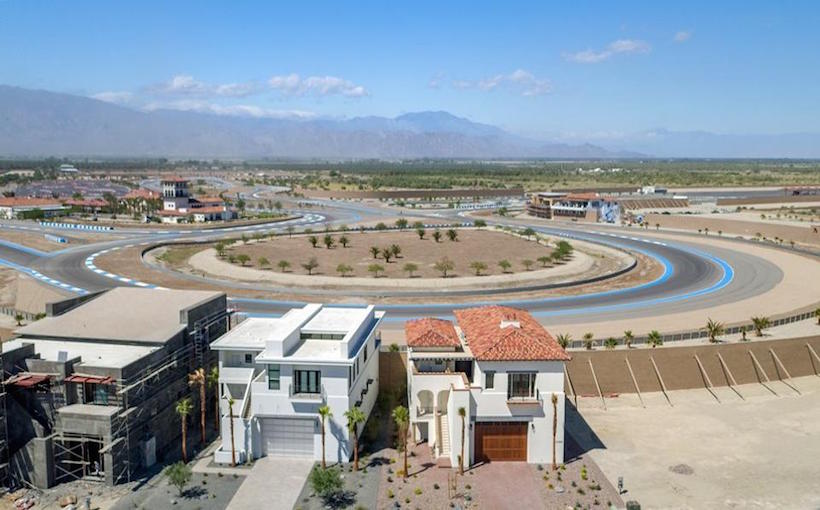 Thermal Club is a 344-acre, 268-lot development under construction at the east end of the Coachella Valley in Thermal, CA. The facility offers a mix of uses, including a motorsports village and residential villas all being built around four asphalt motorsport tracks.

The site is home to the BMW Performance Center, a racing school open to the public. The rest of the facility is a private club that is a cross between a temple to motorsports and an upscale country club. So far, 115 members pay $1,200 a month for unlimited driving. They can also purchase land around the track for $700,000 and $900,000 to build a vacation home.

The developers, Tim and Twanna Rogers, have invested roughly $150 million in the project, including $20 million in infrastructure. When fully built-out, the club is estimated to be valued at $400 million.

Two and three-story villas around the track are designed in a Spanish-style, as well as sleek modern structures. Some feature gallery windows overlooking the garage, and others have rotating carousels to display cars. The village includes a restaurant and bar.