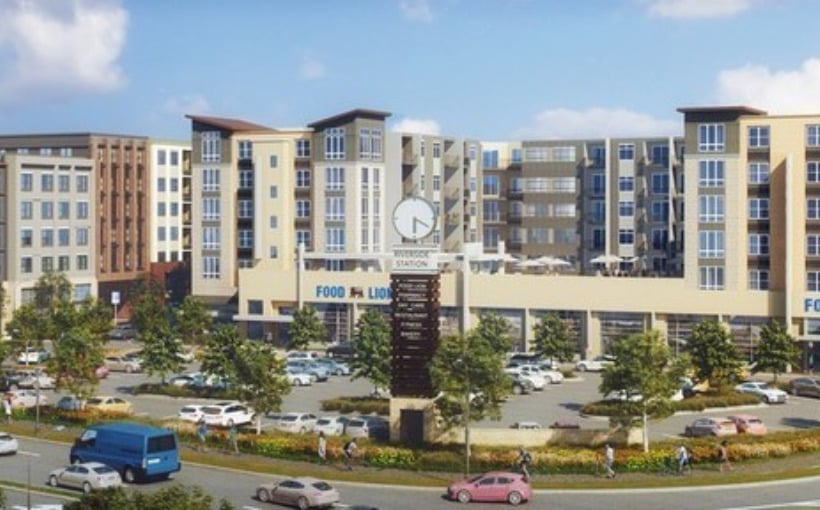 The Prince William County Board of Supervisors has approved Riverside Station, a 19.2-acre town center development at the intersection of U.S. Route 1 and Route 123 in North Woodbridge, VA that is expected to bring over $380 million in capital investment to the area.

The proposal includes up to 970 housing units and a minimum of 130,000 square feet of non-residential uses, primarily dining and retail. The mixed-use development is estimated to net the county approximately $3.5 million in fiscal revenue per year and support 250 full-time jobs, according to developers Boosalis Properties and The IDI Group Companies.

Riverside Station will be developed in three phases, with construction of the first phase, containing up to 330 dwelling units and 40,000 square feet of non-residential uses, slated to deliver in 2025. Eight percent of the dwelling units will be affordable to households earning between 60% and 100% AMI.