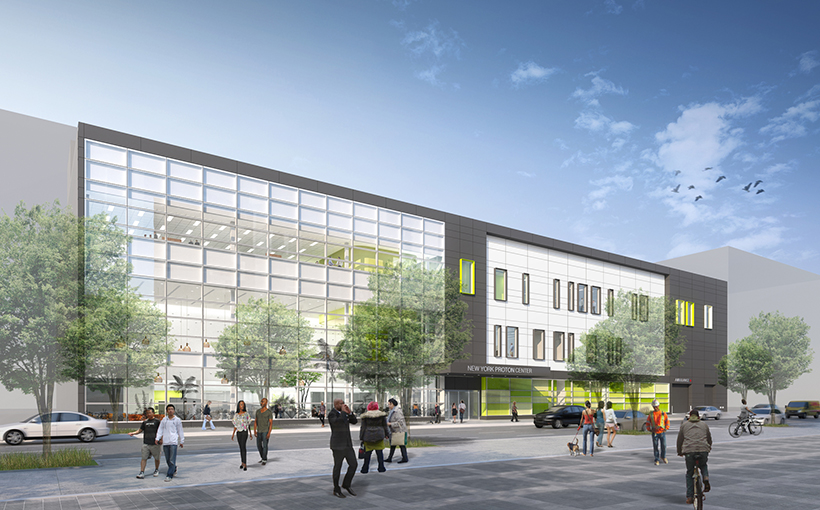 New York City is set to get a new radiation-treatment center, the first of its kind in the state, that uses proton beams to treat cancerous tumors. Called the New York Proton Center, it’s set to open this July in East Harlem, at an estimated construction cost of $330 million.

The new center is a for-profit partnership of Memorial Sloan Kettering Cancer Center, Montefiore Health System and Mount Sinai Health System, managed by the ProHEALTH company, the Wall Street Journal reported. Financing for the center was provided in part by the hospitals.

At full capacity, the center will treat about 1,400 patients a year, including some 200 pediatric patients, the WSJ reported.

Presently, cancer patients in the metro area who opt for proton therapy are referred to a pair of facilities in New Jersey. Leaders at the New York Proton Center and the New Jersey facilities told the WSJ there is sufficient demand to support three such facilities.