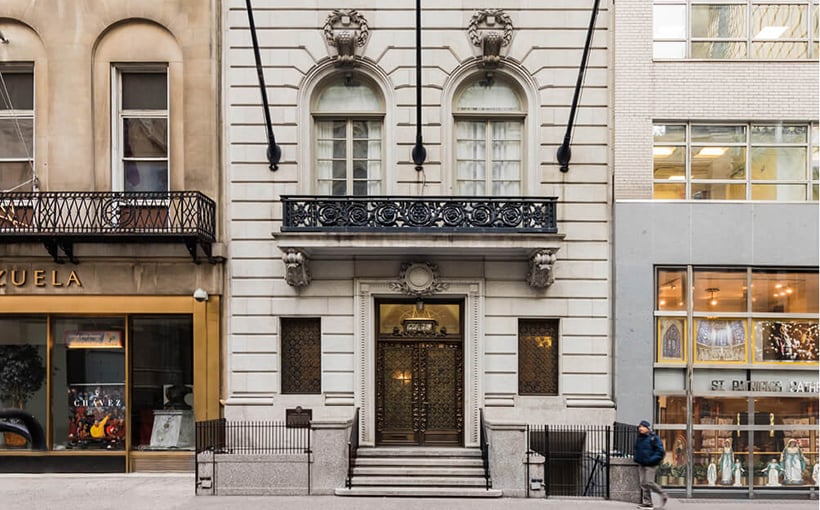 The re-zoning of Midtown East is already paying off for the sellers of 11 E. 51st St., a six-story landmark in Manhattan’s Midtown East neighborhood. An undisclosed buyer paid $30 million.

“The property’s appeal to users, and its potential within the context of the Midtown East re-zoning, resulted in a competitive bidding environment,” said Victor Sozio, executive vice president at Ariel Property Advisors, which represented the seller, which was also undisclosed. The Corcoran Group represented the buyer.

Built between 1904 and 1906, the Italian Renaissance-style mansion was designed by the same architect, John Duncan, who created the arch in Brooklyn’s Grand Army Plaza. The 13,349-square-foot building could become offices or a corporate headquarters, a retail establishment, boutique hotel or a high-end dining and entertainment establishment.

The re-zoning also allows the new owner of this landmark-status building to sell nearly 20,000 square feet of unused air rights usable in a broad stretch of Midtown East.