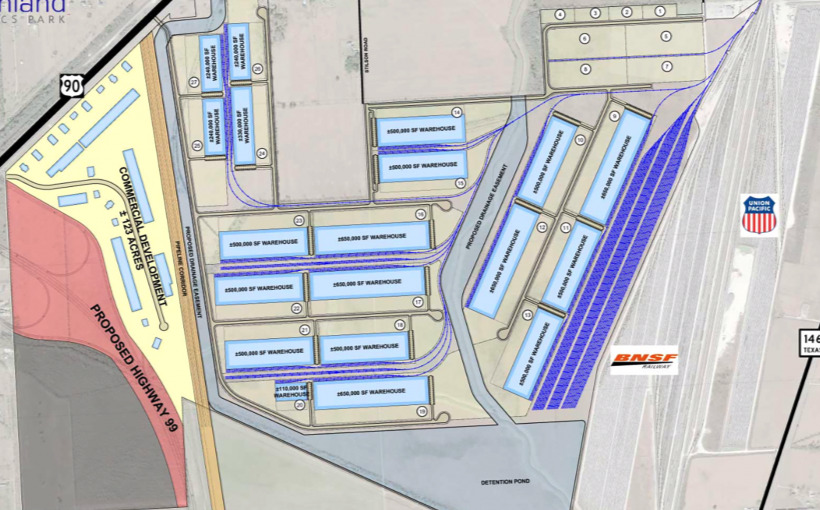 A joint venture between Connor Investment Real Estate and Logistics and Development Resources purchased the rail-served, Gulf Inland Logistics Park and CMC Railroad. The joint venture, which formally calls itself Liberty Development Partners, bought an adjoining 200 acres to expand the parks capacity. Besides being next to US Highway 90 and the Grand Parkway, the park is served by both Union Pacific and BNSF rail carriers.

Connor Investments Paul Connor says the parks upside is untapped, “Gulf Inland Logistics Park has the potential to bring in excess of $1 billion in private investment and as many as 5,000 living wage jobs to Liberty County and surrounding areas. We are moving forward and already have major improvement projects ready to roll in the first 180 days after closing.”

The partnership received a $66.5 million loan from Trez Capital to help purchase the rail line and industrial park.