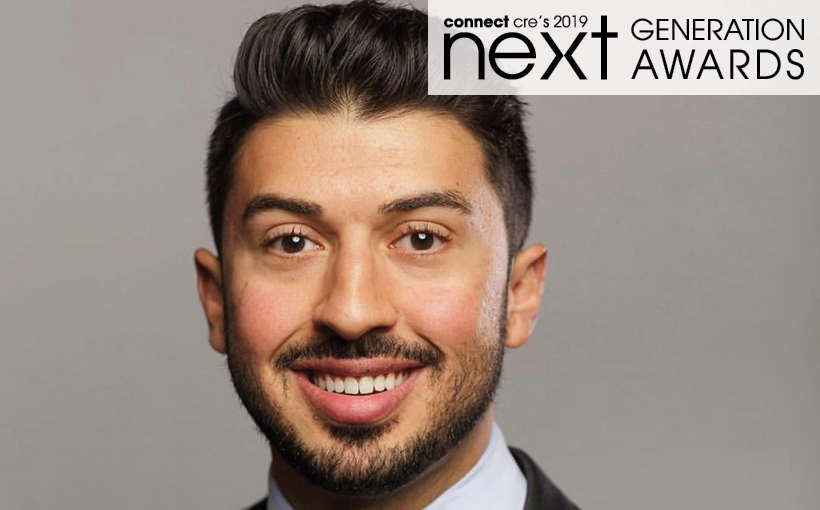 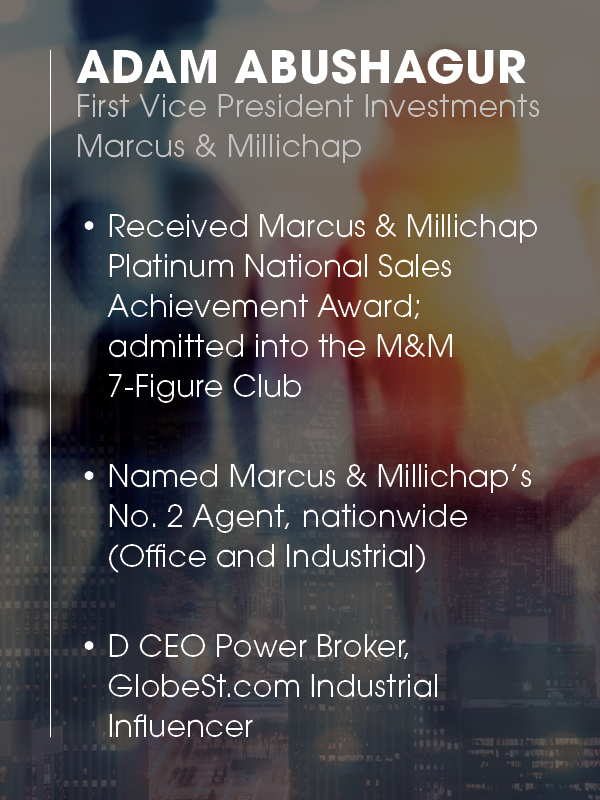 Based in Dallas, Adam Abushagur is a first vice president investments with Marcus & Millichap, and a senior director of the firm’s National Office and Industrial Properties Group. He has shown unmatched leadership, as demonstrated in his swift trajectory to success.

In addition to Abushagur’s substantial achievements, the major accomplishment in his career thus far was being recognized as the Top Transitioned Sales Intern across the entire Marcus & Millichap brokerage at its National Achievement Awards in 2017. During that time, he was announced as the firm’s No. 2 agent nationally across the office and industrial sectors. In addition, he was recognized as an overall Top 10 Agent across Texas in 2017 and 2018.

Due to his growth within the company and his passion for mentoring, Abushagur has been a speaker/panelist at numerous Marcus & Millichap conferences and training seminars. He is a true quick starter who is a young standout among seasoned agents.