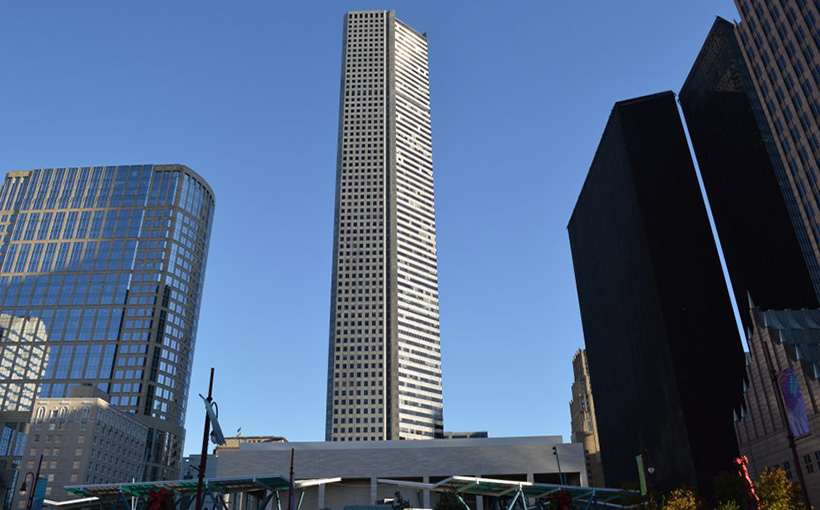 Hines has renamed 600 Travis St. in downtown Houston, Texas’ tallest building. It will now be known as JPMorgan Chase & Co. Tower after the new anchor tenant.

Last July, JPMorgan Chase signed its 250,000-square-foot lease, which took the property to 90% leased. The deal also marked a homecoming of sorts for employees, as the building was named the JPMorgan Chase Tower until 2006.

“JPMorgan Chase has deep roots in Houston going back 155 years,” said Meredith Beaupre, managing director and market leader for the bank in Houston. “Moving back into the Tower will afford JPMorgan Chase the opportunity to create a striking urban campus including both the city’s tallest tower and one of its most beautiful historic buildings in the city – 712 Main located just across the street.”

Connect
Inside The Story
Connect With Hines
About the Author