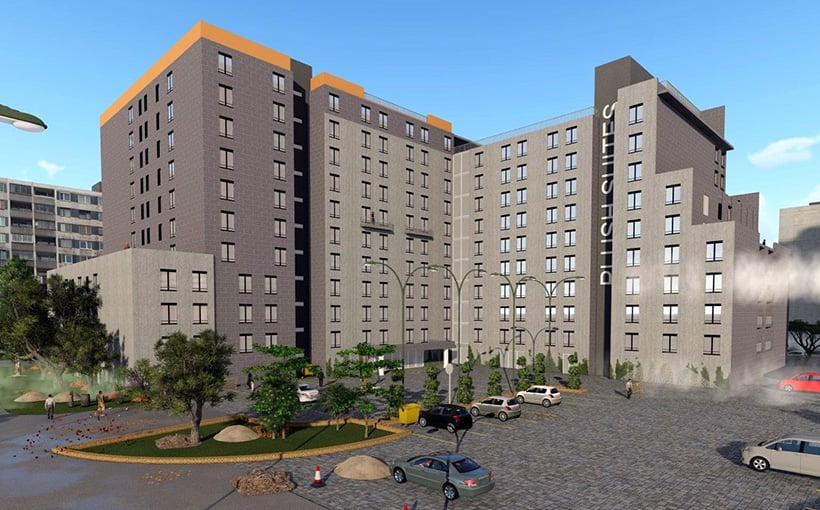 Developers broke ground on the Plush Suites Hotel, a 12-story, 300-key hotel in North Dallas’ Galleria area. The project at 13907 Noel Rd. will offer affordable, upscale rooms in which guest “can stay in for more than a night or two,” Jon Langbert, a partner in the new project told the Dallas Morning News.

The smallest room will measure 500 square feet, while three-bedroom suites will be as large as 1,300 square feet. The property will include a rooftop bar and lounge area, and retail on the ground floor.

The hotel is the first of its kind, and Langbert said it is a prototype for what he hopes are additional projects. The developers are eyeing additional land in the U.S. 75 corridor, north of Dallas, for a potential second location.