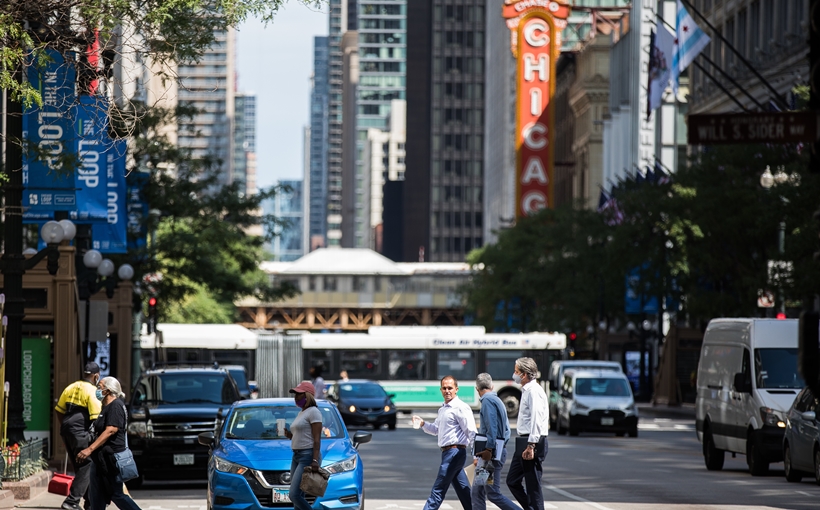 The Chicago Loop Alliance’s latest report on downtown activity showed the Sundays on State series had a positive impact on pedestrian counts. The report said office occupancy has returned to 35% of normal, matching July as the highest since the pandemic began, and the opening of Urbanspace’s first Chicago food hall is expected to boost foot traffic along State Street.

“September and the early weeks of October brought a variety of good news for the Loop,” said Loop Alliance president and CEO Michael Edwards. “Not only did Urbanspace open the first of two locations in the Loop, but Petterino’s reopened with a brilliant reconcept, and theaters that have been dark for a year and a half opened their doors to audiences once again.

“Businesses continue to show interest in and sign leases for Loop office space, and the city’s COVID-19 numbers are trending downward in an encouraging way,” he continued.