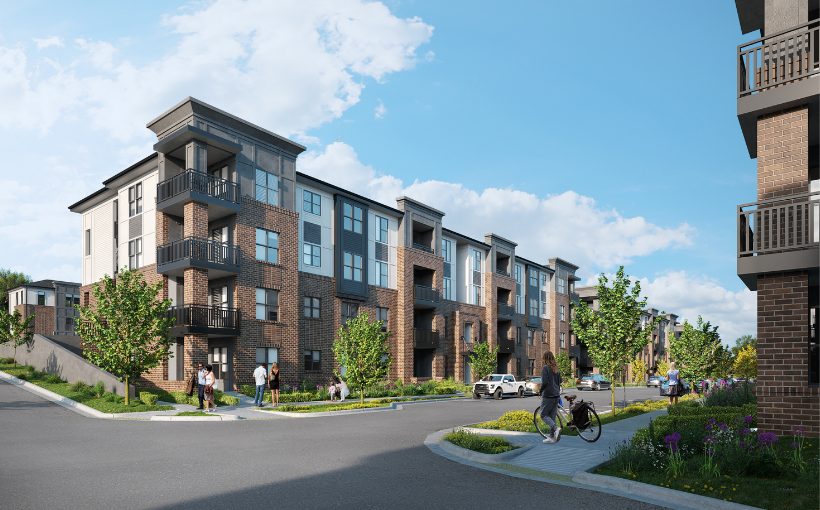 Kaplan Residential and Origin Investments have begun construction on a $76-million, 322-unit multifamily community in the Charlotte metro city of Belmont, NC.

The property on Wilkinson Boulevard, when completed in late 2023 to early 2024, will feature a mix of one-, two- and three-bedroom apartments in three- and four-story buildings on the 39-acre site. Additionally, the development will incorporate 32 townhome units with private parking garages.

The development is located within Charlotte’s school system, 15 minutes from the Charlotte Douglas International Airport, and 25 minutes from Uptown Charlotte. Amazon’s new $200-million facility and Walter Ridge Office Park are nearby.

According to Origin Investments, Charlotte was identified as one of the nation’s top seven cities for multifamily asset investment and development (ranked second in a three-way tie with Atlanta and Austin, TX). Belmont has a projected population growth rate of 7,000 over the next two years and only 565 units in the planning process.