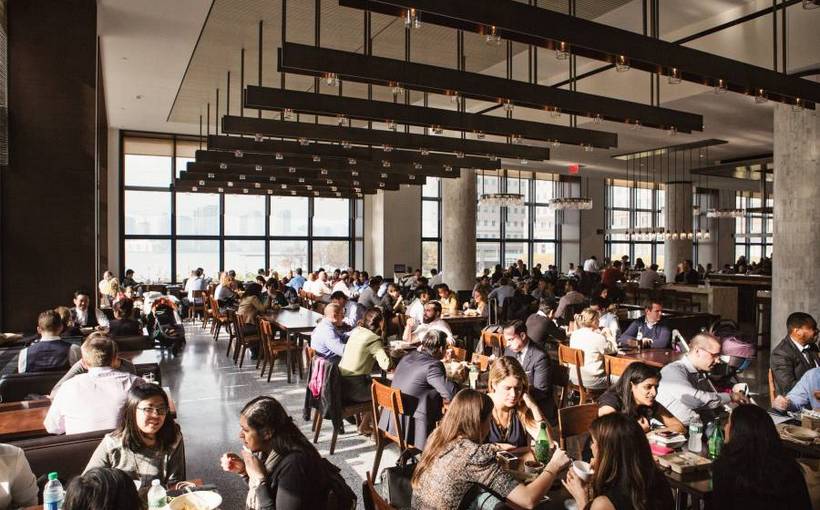 Call it the sharing economy for restaurant retail, as Cushman & Wakefield does. In its third report on the subject since 2016, the firm has tracked the explosive growth of food halls, which VP of retail intelligence Garrick Brown called the “ultimate amenity” for mixed-use, office and multifamily projects.

“No other retail category has generated as much aggressive expansion over the past few years as food-related retail,” said Brown. “Since we released our first report in 2016, the concept’s popularity has continued its meteoric rise.”

The concept has come a long way in a relatively short time. As recently as a decade ago, food-related retail concepts were more about convenience than quality. That changed when “fast casual” and chef-driven concepts emerged as serious competitors to traditional restaurants.

Two years ago, “mini food halls” less than 10,000 square feet began cropping up in urban office and multifamily properties in metro areas like New York City, Chicago, and San Francisco. Now, according to Cushman & Wakefield’s report, “we are starting to see food halls at the heart of new suburban mixed-use developments, where the food hall component isn’t just at the center of the action, but it’s usually among the first things built. Why? Because as a popular amenity, they make leasing or selling the rest of the space easier.”

Brown noted that food halls are about “so much more than just real estate. They represent an entirely new, lower-cost operating model. For developers and landlords, they drive foot traffic that strengthens their commercial real estate projects.

“For food hall operators, they are a model that provides a lucrative and necessary service that will only grow in demand,” he added. “And for the restaurateurs and vendors that occupy the stalls, food halls represent a cheaper and more flexible alternative to investing in stand-alone restaurant space. Food halls are not a fad—food halls are the sharing economy for restaurants.”