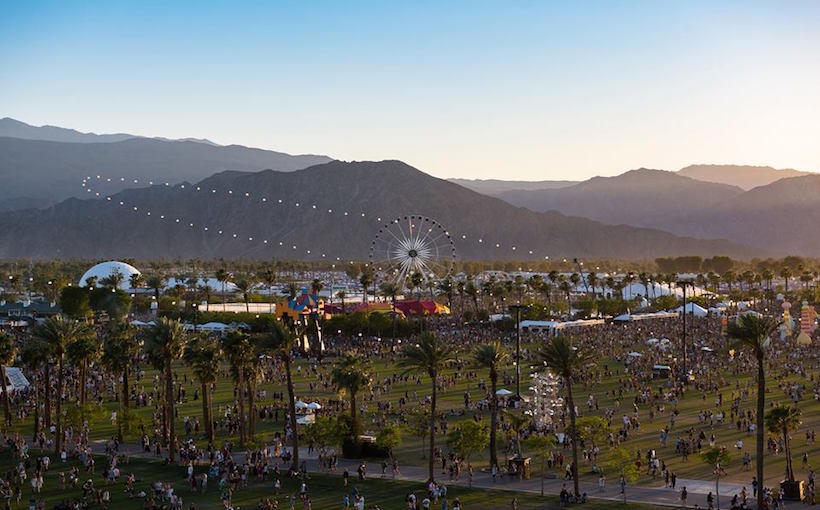 The Coachella Valley is known for stately palm trees, pristine golf courses and sunny days. In recent years, the market that sits roughly an hour from Los Angeles has experienced an economic resurgence. Connect Media found out what’s behind that growth by talking with Susan Harvey, who along with Paula Turner, own and operate Desert Pacific Properties, a commercial real estate brokerage firm solely focused on the Coachella Valley. The firm, which primarily handles retail and industrial deals these days as it prepares to celebrate its 25h anniversary this July, shares what you need to know about the market in our latest 3 CRE Q&A.

Q: The Coachella Valley has experienced a revitalization over the past few years. What are the factors driving that shift and growth?
A: When we examine the resurgence in the Coachella Valley, it is important to talk about the larger drivers that have created considerable activity. The music festivals have created significant activity and they were the first dominoes to fall. There were three music festivals this year [the biggest are Coachella Music Festival, and Stagecoach], but there can be seven. They attract so many people, which pumps up the hospitality sector, and feeds into the retail industry, too. While the music festivals take place over a weekend, the impact is felt well afterwards because it creates awareness that the Coachella Valley is a great place to spend time, whether shopping, eating or staying.

When you factor in all the other events now regularly coming to the Coachella Valley, it is easy to see how the area has been positively impacted. Golden Voice does an amazing job hosting their music events, but credit Haagen for the vision to start hosting and promoting events in the eastern Coachella Valley.

Beyond the music festivals, we have the HITS show, the third top horse show nationally, that attracts an affluent horse crowd over a three-month period. There’s also the BNP Paribas tennis tournament, that sets the bar for tennis tournaments across the globe [Stadium 1 is the second largest in the world], a lacrosse competition, a dog show and there’s even a new race track in the eastern Coachella Valley that is lesser known, but draws an affluent customer. The track offers a private Thermal Club, and for the public there is a BMW Performance track, which is becoming a great corporate team building experience.

The events draw nearly a quarter of a million people to the valley, creating an economic impact of more than $494 million. Festival-goers spend roughly $45 million on food, gas, and shopping at local stores. And the three-night stays, at an average $250-per-night lodging, brings in another $45 million in hospitality industry revenue. The impact is also felt within the local business community, since roughly three-quarters of the on-site vendors are valley-based.

All of these events have been very successful, and every year the numbers increase, which is creating more events coming in on the shoulders of these. And more means more. And if they are successful, it brings more people to the valley. They like the lifestyle and the slower place of not being in LA., since a lot are from L.A. It has become a desirable area for people to spend more time, hiking, etc. As these things increase and more people want to come out and spend time and money, it creates successful retail ventures. There’s a resurgence underway in Palm Springs, too.

A Canadian group bought the 617-acre Eagle property in the heart of Rancho Mirage, and is developing the property into mixed-use residential and commercial/hotel. BlackRock, the financial giant that manages over $6 trillion in investments, bought 167 acres, with 1100 lots in Palm Desert for $20 million.

Q: What does the future look like for the retail sector in the Coachella Valley? What are the opportunities and challenges?
A: The future for retail is bright. There is a lot of opportunity. There’s a lot of redevelopment going on, especially in the hospitality industry. Re-doing and redeveloping older sites. On the west side of the valley and the east side of the valley, there’s new development. The challenges are seasonality. We have to figure out how to bring more people here during the summer months to balance it out.

There’s a lot of attraction in the Coachella Valley. There’s more happening. The Haagen company, which hosts the Coachella music festival, bought the fashion mall and the property surrounding it. They’re going to develop it into a huge retail site. The Kimpton hotel in downtown Palm Springs opened last year. There’s more people investing money here, and that reflects a bright future. People are spending money, and that’s driving the creation of new venues.