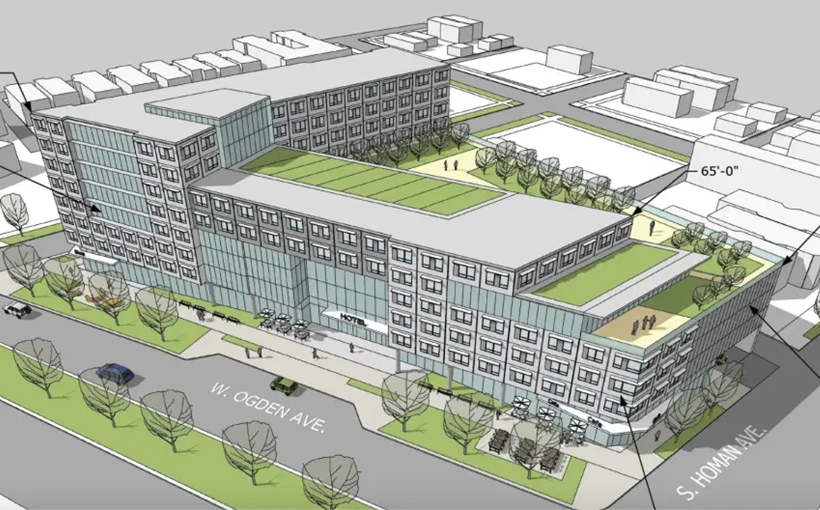 The City of Chicago is working with developer Proxima Management to build a hotel in the West Side’s North Lawndale neighborhood in a long-vacant patch of land on Ogden Avenue, according to neighborhood news site The Block.

Proxima is considering vacant lots 3536-3556 on W Ogden. Earlier, Proxima lost out on a plan to redevelop vacant land around 3400 Ogden.

The Block quoted Chicago Planning and Development Commissioner Maurice Cox as saying the city is indeed continuing to work with Proxima on a similar plan for a hotel, which would have 200 keys.

The original, $48.8-million plan proposed an eight-story, 200-key hotel with ground-floor retail space and a restaurant. The revised plan is essentially the same as the old plan but configured differently.

The new site is close to the CTA Pink Line, which runs southwest from Downtown. The hotel would be close to the Central Park CTA station and the Lawndale Christian Medical Center. The new hotel is estimated to bring $100 million to the nearby community’s economy.