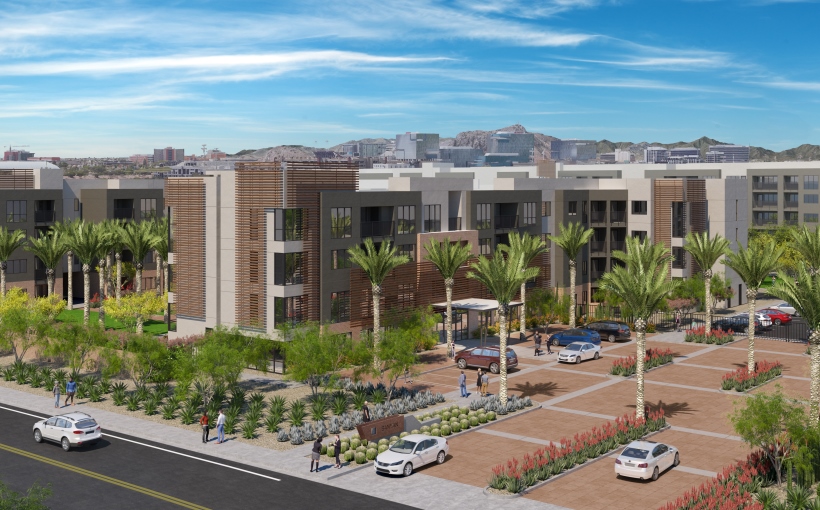 Tempe Expands Boundaries for the First Time in a Decade

Marking the first time Tempe has expanded its boundaries in more than a decade, L.A.-based Banyan Residential has begun construction on phase one of Banyan North Tempe, a 651-unit multifamily development. In conjunction with Indianapolis-based developer Milhaus, Banyan worked with state and local agencies to annex the 16.5-acre site in an area frequently referred to as the North Tempe county island. Phase one of the $177 million development is expected to be complete in early 2023.

“This area of Tempe is ripe for urban revitalization,” said Max Friedman, partner at Banyan Residential. “We are proud to be at the forefront of this large-scale project that will soon bring new housing, public spaces and improved local infrastructure to the city.”

Following a yearlong entitlement process, the Tempe city council unanimously approved the rezoning in March. The project will have significant benefits for the local community including the expansion of public services, local infrastructure improvements and new public amenities.

“For the first time in well over a decade, we annexed a substantial parcel of land that was previously underutilized and created significant challenges for the surrounding neighborhoods in the northern part of Tempe,” said Mayor Corey Woods. “This annexation will turn 17 acres of this now-former county island into new housing options within Tempe.”

Banyan North Tempe will have 310 studio, one-, two-, three- and four-bedroom units in its first phase and total 651 units when the project is complete.

The team secured a $52 million construction loan from UMB Bank and Academy Bank. McShane Construction Company is serving as general contractor on the project and the designer was Todd & Associates.

No more stories
See More Phoenix & Southwest Stories
About Connect
Connect CRE offers a fully integrated approach to all things commercial real estate. We deliver an unrivaled combination of content, connections and creativity, produced by a team with decades of commercial real estate experience. With separate but synergistic platforms, we provide our clients a one-stop shop for news and information, marketing and business development strategies, and more.
Advertise with Connect
Reach your target audience with nationwide advertising opportunities, or drill down to your specific market or property type. Connect’s offerings provide increased exposure, followed by viable business development leads.
Connect CREative
A full-service marketing agency dedicated to CRE clients. We combine our extensive CRE background with our team’s business, marketing, communications, technology and design acumen, to develop and execute comprehensive strategies to create, build, and grow successful brands.
Connect Events
Delivering the platform to engage, influence and inform. Whether digital or in-person, we set the stage to bring together the most relevant content with CRE’s most influential minds.
© ConnectCRE 2021 / 3900 San Fernando Road, Suite 1007, Glendale, CA 91204
Contact Us / Policies, Privacy & DisclosuresSubmit Press Release /