Next Generation 2020 Cbres Michael Strittmatter CRE News In Your Inbox . 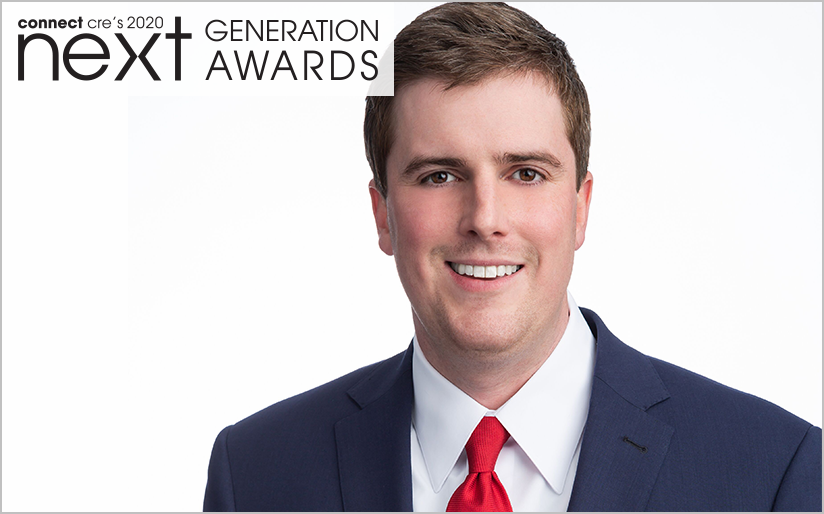 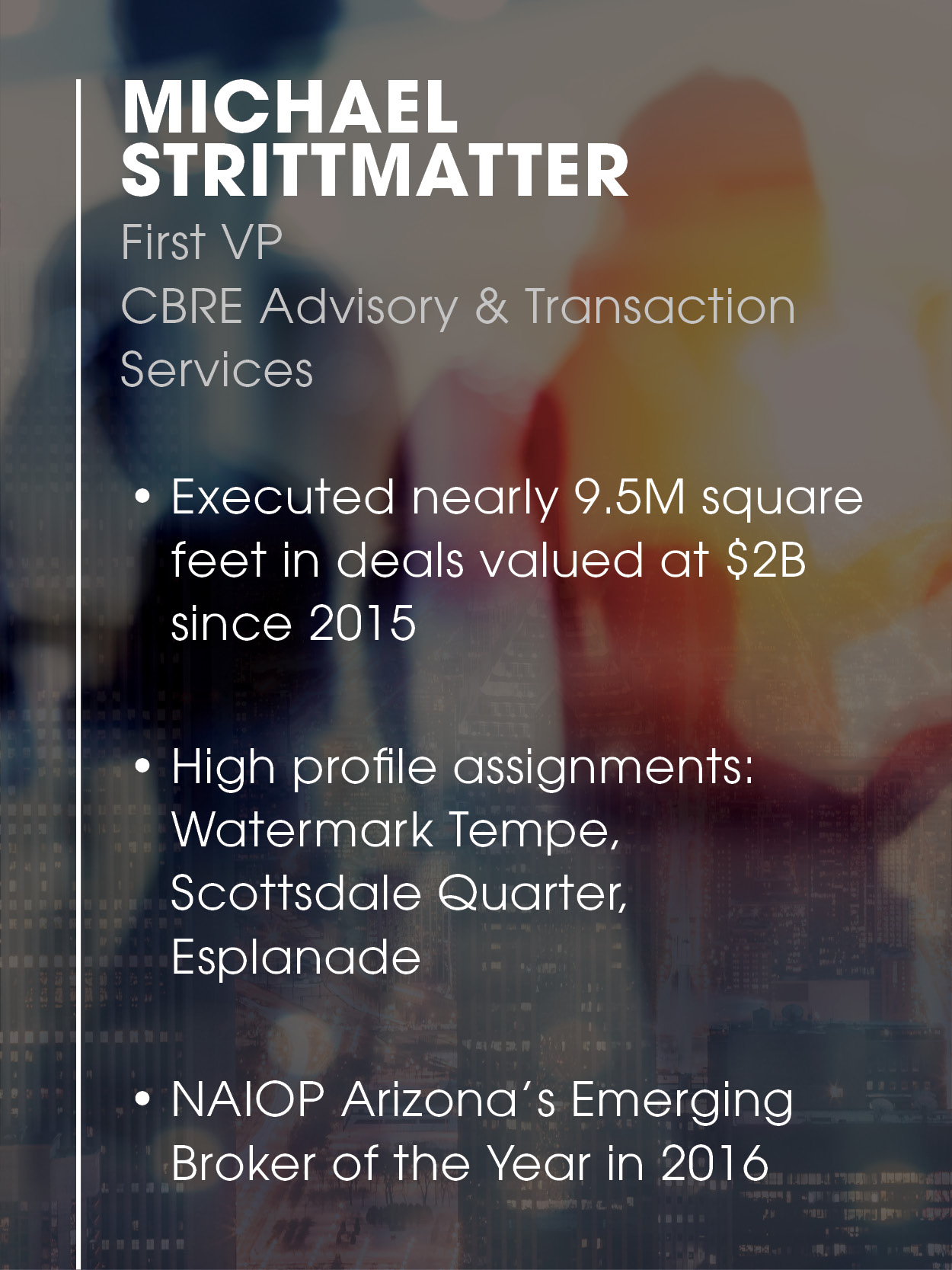 Michael Strittmatter is first VP with CBRE Advisory & Transaction Services in Phoenix. The former legislative assistant and correspondent to a U.S. Congressman on Capitol Hill specializes in the leasing and strategic marketing of office projects across metro Phoenix on behalf of building owners and developers.

Strittmatter’s focus on Class A office properties places him in a position to be involved in many high-profile build-to-suit transactions and the leasing of large, ground-up business parks. In fact, over the last five years, Strittmatter has completed lease and sale transactions totaling nearly 9.5 million square feet and $2 billion in value.

Among the notable projects in which the former basketball player at Princeton University is currently involved include The Watermark Tempe, a new, 1.9-million-square-foot, mixed-use project; Scottsdale Quarter’s Block M, a six-story, 170,000-square-foot Class A, mixed-use building; and The Esplanade, which includes four Class A towers totaling nearly one million square feet in the heart of metro Phoenix’s Camelback Corridor.

Strittmatter holds key leadership positions on NAIOP Arizona’s Developing Leaders Steering Committee, where he currently serves as chairman. He has been integral in bringing virtual programming to the committee to keep members engaged while in-person meetings and events are not feasible during the COVID-19 pandemic. His past NAIOP Developing Leaders involvement includes Vice Chairman (2019) and Treasurer (2018). Strittmatter has also been a member of the Developing Leaders Steering Committee and a member of the NAIOP Public Policy Committee since 2016. He was named NAIOP Arizona’s Emerging Broker of the Year in 2016 and Rookie of the Year in 2015.

These are just some of the reasons we chose Strittmatter as one of the Phoenix 2020 Next Generation Award winners. Connect Media’s fourth annual Next Generation Awards recognize young leaders in the commercial real estate industry who are likely to be influential for years to come.