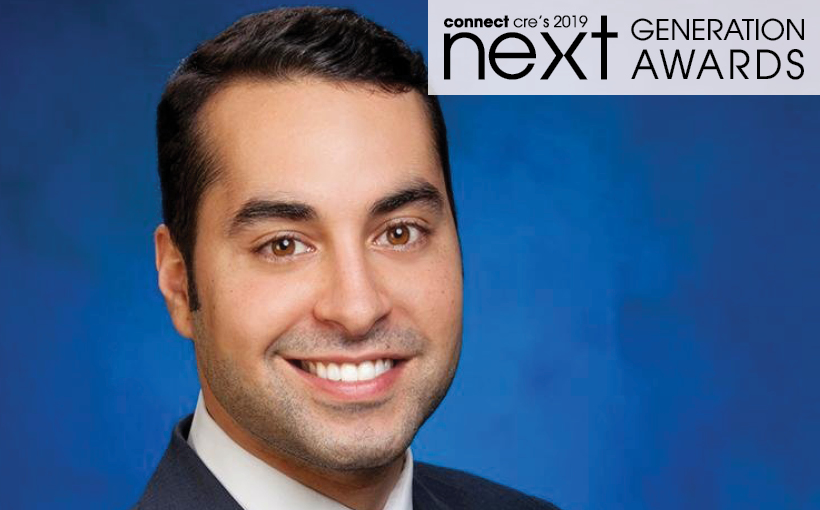 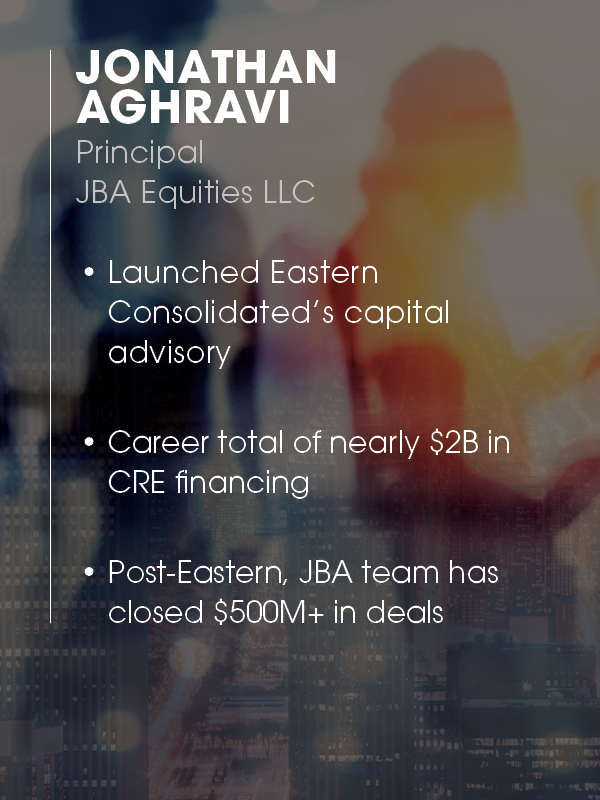 Until July of 2018, Jonathan Aghravi was a principal at Eastern Consolidated, where he’d started the company’s capital advisory division. The following month, after Eastern closed its doors, Aghravi set up his own shop, JBA Equities, put together a small team and found new clients and business.

In a testament to Aghravi’s resilience, the JBA team had already closed more than $150 million in deals within JBA’s first two months of doing business. The company has lined up more than $500 million in financings during its first year, in line with a career that has seen Aghravi do nearly $2 billion of debt and equity transactions, mainly in New York and Los Angeles.

According to colleagues, Aghravi’s resilience and creativity have helped him execute deals where others will struggle. He will look at a difficult deal from new and different angles until he can find a successful approach.

Along with bringing creativity to deal-making solutions, Aghravi also brings a knack for connecting on a personal level. “I’ve seen him introduce himself to a stranger and within minutes they are talking like they’ve known each other for years,” says a colleague.