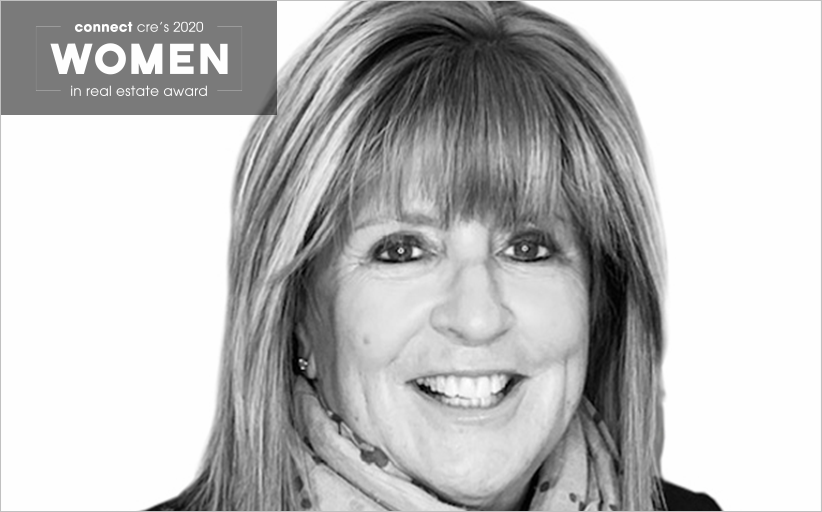 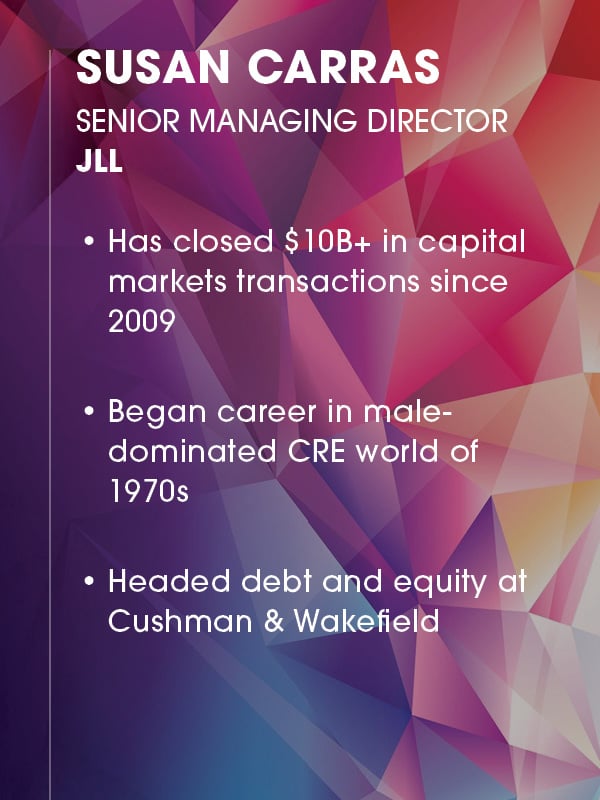 Susan Carras is a trailblazer, leader and mentor serving as Senior Managing Director in JLL’s Washington, D.C. office. Carras has been recognized as an expert in leading debt and equity transactions across all asset classes as well as an inspiration to those who know her.

Susan began her career in the 1970s in the male-dominated world of commercial real estate and quickly carved out a space for herself, opening the doors to generations of women who would walk through them behind her. Through her dedication, hard work and a mastery of the lending and equity space, she rose through the ranks and cemented a distinguished reputation for herself in the industry.

Carras rejoined the work force in 2009 after raising twins and joined Cushman & Wakefield as the head of the firm’s debt and equity group. While at CushWake, she took it upon herself to integrate and combine the fragmented various capital market’s verticals into a true capital market’s team.

Through all her roles, Carras has successfully helped dozens of professionals. She does this while also enjoying tremendous success as a broker having closed over $10 billion in capital markets transactions for many premier clients since returning to the workforce.

Sue Carras is also an inspirational fighter. Not only does she fight for her teammates and clients when disputes inevitably arise or terms need to be negotiated, but she is also an inspiration to those who face true challenges. Despite her diagnosis with Leukemia, she not only continued to be a mentor to her group during her fight but also came back to work at JLL after a very difficult battle and continued to be the ultimate team player for all those who looked up to her and were supported by her.