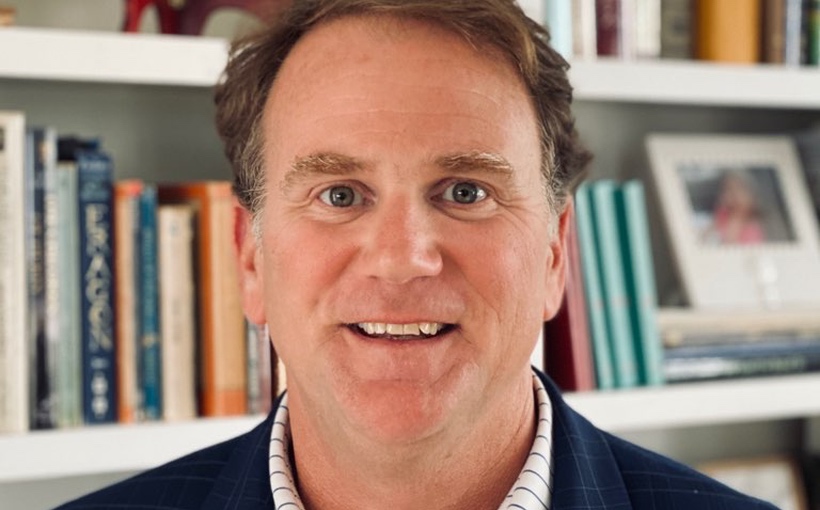 Valbridge’s Karl Finkelstein on Tax Code Changes: “There’s a Lot on the Table” for CRE Investors

During the 2020 campaign, then-candidate Joe Biden frequently brought up changes to the tax code. As President, and with Democratic control—albeit just barely—of both houses of Congress, Biden has the opportunity to make his proposals reality over the next several months. Connect Media sounded out Karl Finkelstein, VP of marketing and business development at Valbridge, on what this could mean for commercial real estate owners and investors.

Q: Bearing in mind that it may be a while before the Biden administration gets around to addressing some of these proposals, what are some of the key tax reforms under consideration?

A: It’s pretty significant, at least what has been talked about. Right now, there’s a $25,000 passive loss exemption in place; they’re talking about eliminating that for rental real estate for certain individuals. By “certain,” they probably mean wealthy. How “wealthy” is defined, I’m not sure, but President Biden has used $400,000 as the red line.

There’s talk about eliminating like-kind exchanges, which allow deferral of capital gains on exchanging appreciated real estate properties. If that goes away, that could be significant, if you think about how many deals get done just through people moving in and out of properties via 1031 exchange. My understanding is that anyone earning over$400,000 would not be eligible to do 1031 exchanges without tax consequences.

The administration has proposed eliminating faster depreciation for certain properties. Take self-storage for example. There are a lot of physical components in self-storage, and in addition to self-storage providing services for people who need it, they’ve become a wonderful investment vehicle because if it’s relatively new, the 2017 tax law allowed for extremely appreciated depreciation. You’re allowed to capture that depreciation over five to seven years instead of 25 or maybe 30. That was a significant change that drew a lot of interest. And it’s applicable for most improved properties, but specifically, we’ve seen a lot of people jump into owning self-storage because of the five- to seven-year depreciation.

They’re talking about taxing capital gains as ordinary income for people who make over $1 million. That could have some consequences; it could be substantial for somebody making over $1 million to have it taxed at 30% or 35% instead of 15% or 18%.

Opportunity zones: they’re talking about tweaking the program, to require investors to team up with nonprofits in those locations. They are talking about having any potential benefits reviewed by the Treasury Department to see if they fit the actual definition. And there’s probably going to be a lot more record-keeping and reporting of what you’re doing in the opportunity zones. That in and of itself will probably cause some heartache as far as investing in property is concerned.

Potentially the biggest one out there right now is reducing the estate tax exemption. Right now it’s $11.7 million, and a lot of that is real estate that gets handed down to heirs. The President has suggested reducing that to $3.5 million for estates and even lower if you’re just gifting assets out of your estate. I’ve heard that could be as low as $1 million, and then they want to raise the death tax from 40% to 45%. So there’s a lot on the table for investors in real estate.

Q: What is the thinking behind these proposed changes? Would they raise substantial amounts or revenue?

A: I’ve seen as much as $3 trillion as to what they look to potentially increase in terms of revenue. I’m all for improving infrastructure and things of that nature, but we’ve got an awful lot of debt that we’ve taken on for COVID. And we’re about to release $1.9 trillion more. So if he’s able to get some of these tax increases, I don’t know where that money will go. Is it really going to things that will benefit all of us and help us have more successful businesses and operations, or will it just go toward paying down some of this other debt? I don’t know that anybody has answered that question for us.

Q: Since the COVID situation is not yet fully resolved, it may be a while before we see legislative action on some of those changes. Do you see potential changes that might come up first—and do you think they’ll go through pretty much intact?

A: With this $1.9-trillion bill that just went through, the moderate Democrats put the brakes on. I suspect they will do the same with a lot of these proposed tax changes, simply because they could have unintended consequences. It’s not just the extremely wealthy that invest in real estate. I would be surprised if it went through untouched and the President was able to get everything he was looking for.

Q: What kind of time frame do you see for starting to see legislative action? Are we looking at this year, next year or is it too soon to tell?

A: Everybody I’ve spoken to thinks it’ll be the end of this year or the first quarter of next year. That makes sense; I think they’re going to turn their sights to infrastructure next. That could take a while; the past four or five Presidents have talked about it—they have big ideas, and then it gets to Congress. And I don’t know what happens when it gets to Congress. It just can’t find its way out of there.

We were doing some historical research and comparing and contrasting how our economy has done over the years through various Presidents and degrees of control over the other two branches of government. Surprisingly, the economy has done better with tax increases, which to me seems counterintuitive. The argument was that with tax increases, there’s been a bigger government spend.

I’m not saying that we’ll see tax increases, but I think that with the money that we’ll see getting flushed out again, our economy is going to be pretty juiced for the remainder of this year and into next year. Maybe if things are really humming along, they may try to tap into that with some tax increases; that remains to be seen. But also, if the economy is really humming along, who’s to say that the government isn’t going to see an increase in revenues to begin with? I think 2021 still has a lot of unknowns.

Q: Especially with that uncertainty in mind, how are you advising clients to be prepared for these potential changes? And are you looking at this more from the standpoint of “if something happens” or “when something happens”?

A: I think it’s not a matter of if, but when. So we’ve been advising clients that if they’re looking to move assets, do it now. Team up, get with your CPA or your attorney, and let’s get your assets appraised. The one silver lining, from what we’ve read, is that there will be not be a clawback provision on any changes to the tax code. So if something is passed and goes into effect in 2022, there’s not going to be a reach-back provision to catch you for anything you’ve done this year.

Beyond that, with a lot of the changes I discussed earlier, it’s kind of a wait-and-see. I don’t think that overnight, people are going to get out of real estate as an investment. At Valbridge, what we can really have an impact on is helping with the transferring of assets. If you’re looking to do that, this year might be the year to do it.