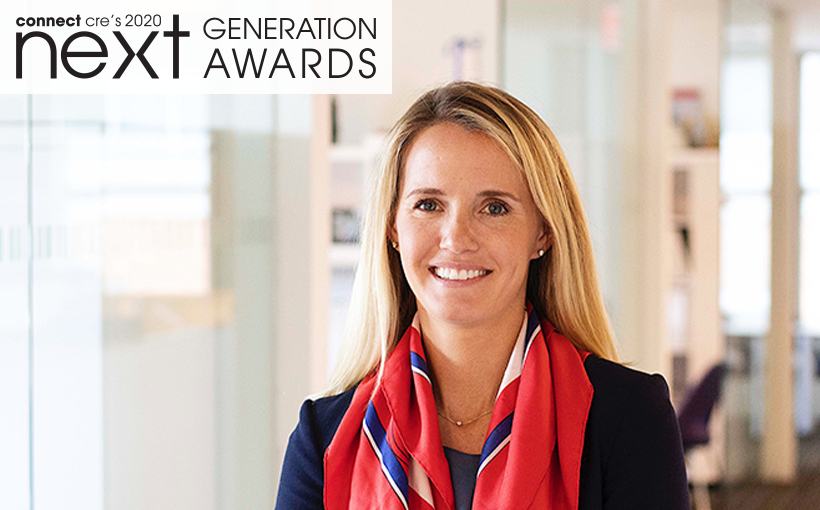 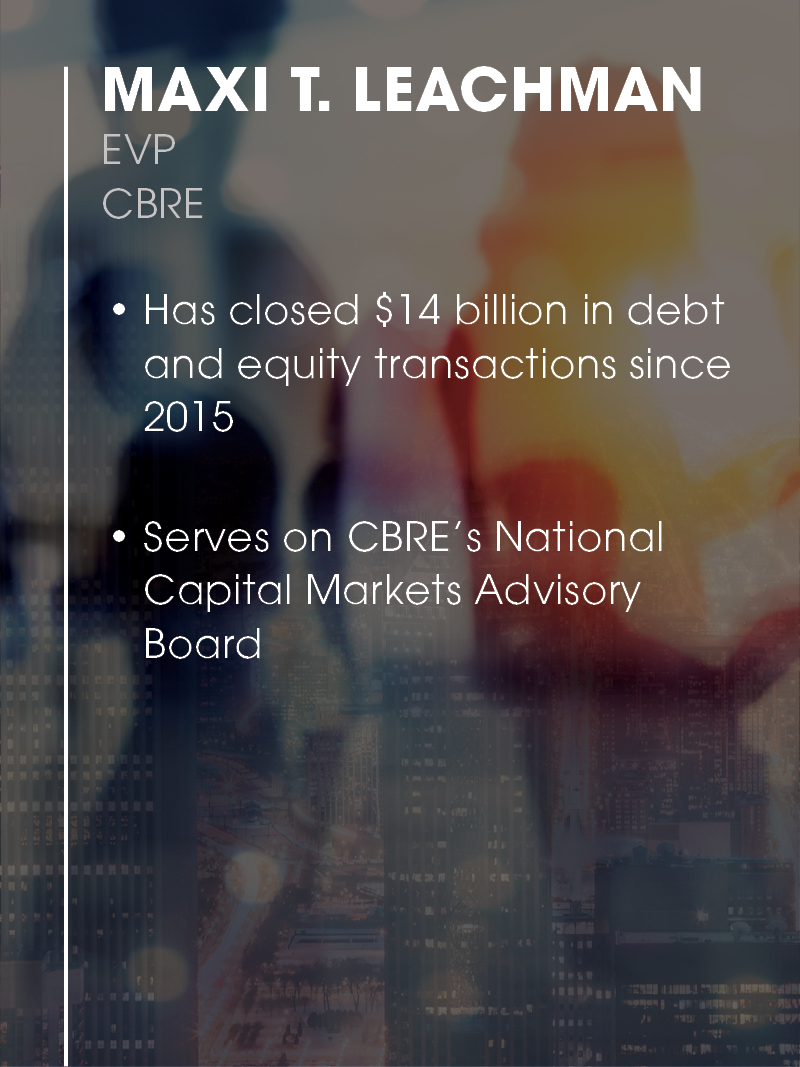 Maxi Leachman was promoted in June to EVP. This was her third promotion since she became a producer in January 2017. Leachman has been nominated as one of the fastest-rising stars in both the Mid-Atlantic Division of CBRE as well as nationally.

As a member of CBRE’s Mid-Atlantic Debt & Structured Finance (DSF) Group, Leachman specializes in multifamily, office and mixed-use transactions and is responsible for the origination and closing of debt & equity placements, as well as overseeing the financial analysis, underwriting, and due diligence process for the Mid-Atlantic Division.

Since 2015, Maxi and the DSF Group have closed more than $14 billion in debt and equity transactions, representing the largest average annual volume ever for CBRE’s Mid-Atlantic Division. Leachman’s diligence and hard work have earned her respect both internally and externally.

These are just a few of the reasons we chose Leachman to be one of the D.C. region’s 2020 Next Generation Award Winners. Connect Media’s fourth annual Next Generation Awards recognize young leaders in the commercial real estate industry who are likely to be influential for years to come.