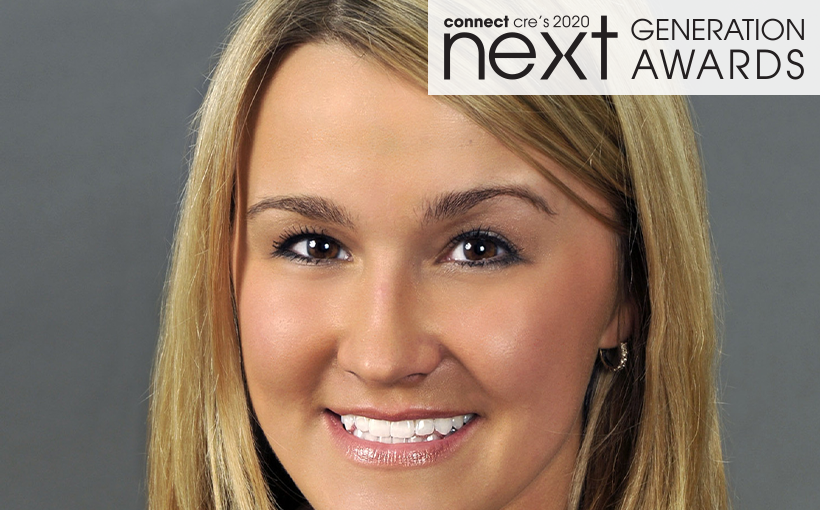 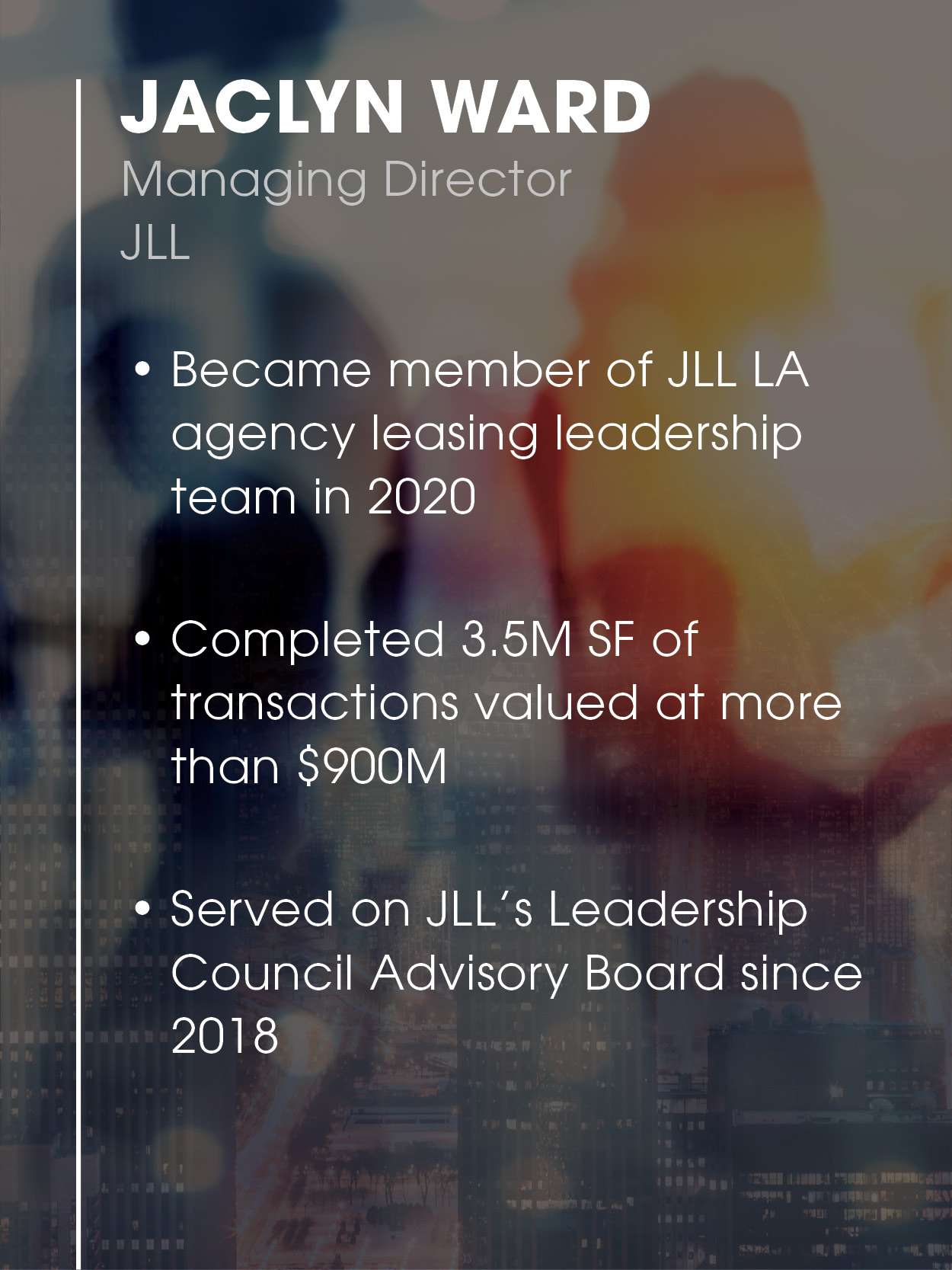 Leadership comes naturally for JLL’s Jaclyn Ward, and that hasn’t gone unnoticed since she joined the company nearly a decade ago after graduating from USC. She remains fearless and always on point. Ward is comfortable taking the stage in front of thousands of peers, embracing the experience with the confidence as if she is talking to you one on one, while also drive home her point with great clarity and persuasion.

In 2018, Ward was elected to serve as a member of JLL’s Leadership Council Advisory Board, a group of 14 likeminded and ambitious young brokerage leaders throughout North America who advise JLL’s national executive leadership regarding important company initiatives, especially those relating to technology, best practices, and the advancement/retention of the company’s internal emerging talent. Two years later, she was elected as president of this group for 2020-2021. Additionally, she was just named as a member of the JLL Los Angeles agency leasing leadership team where she will work to integrate JLL technology at the local level.

Recently she organized a sack lunch drive for The Midnight Mission in Los Angeles, coordinating among six JLL Los Angeles offices to arrange delivery of 2,500 sack lunches on a weekend where the mission was low on food because of social unrest.

She represents both institutional and private clients in a broad range of complex commercial real estate transactions, including EQ Office/ Blackstone, Commonwealth Partners, Viacom, Atlas Capital Group, Westbrook Partners and Ocean West. Ward has advised on roughly 3.5 million square feet (not including sales and market advisory roles) with an aggregate transaction value worth north of $900 million.

These are just some of the reasons we chose Ward as one of the California 2020 Next Generation Award winners. Connect Media’s fourth annual Next Generation Awards recognize young leaders in the commercial real estate industry who are likely to be influential for years to come.