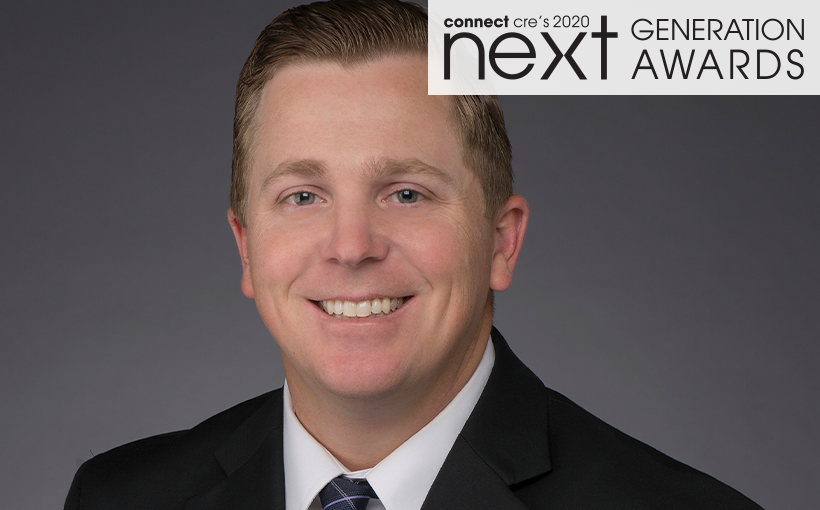 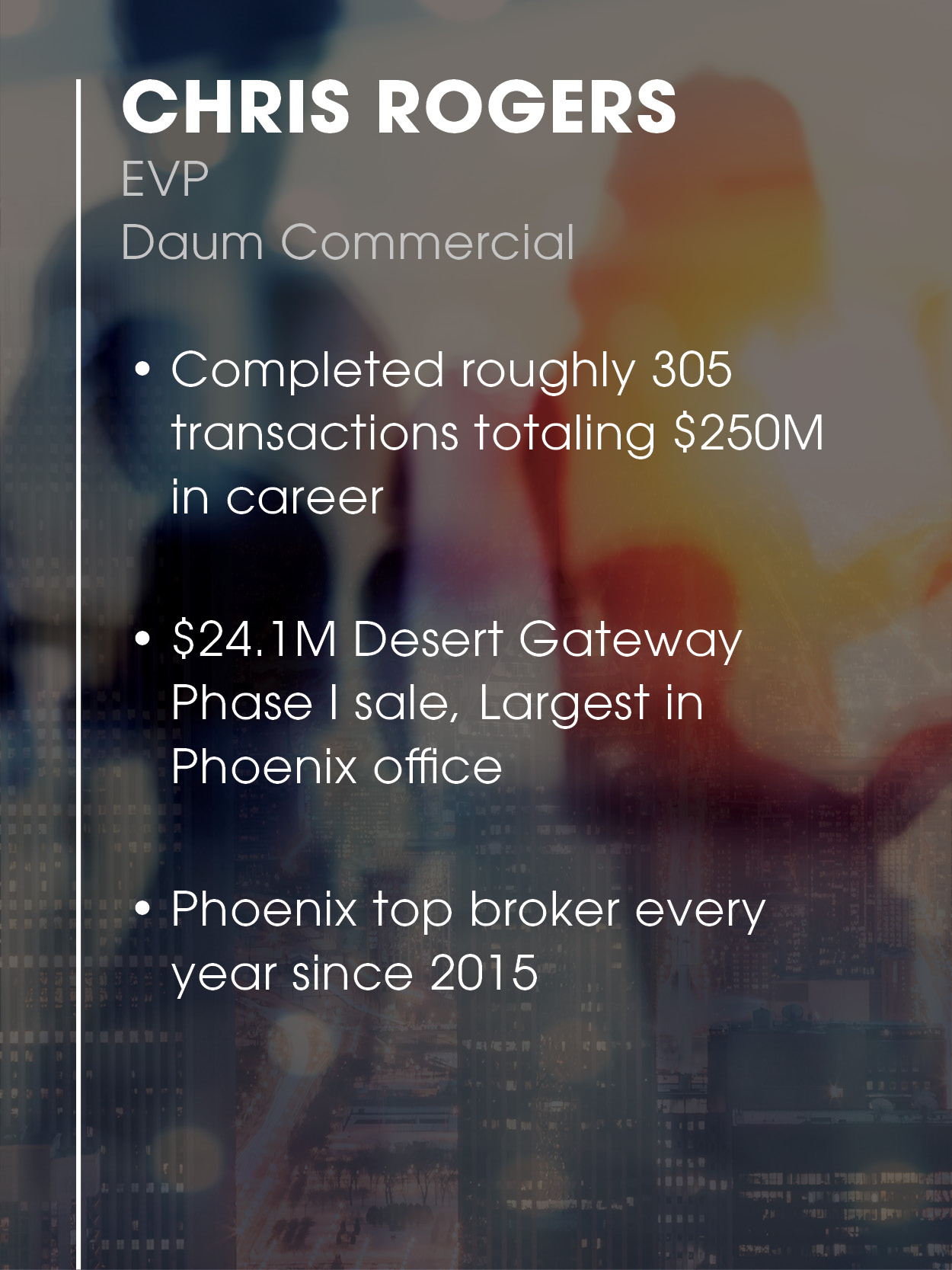 During his decade-long career, Daum Commercial’s Chris Rogers has played an instrumental role in helping investors, tenants, and owner-users successfully navigate the booming Phoenix industrial market. Recently, he stepped into a significant leadership role mentoring other young professionals across the firm’s Phoenix and California offices.

Since starting his career at Daum in 2010, Rogers has completed roughly 305 transactions within the greater Phoenix area with a total transaction volume of $250 million. That performance has earned notice as a stand-out in Daum’s Phoenix office. Based on his high rate of successful activity, Rogers has been named a top Phoenix broker every year since 2015.

Rogers has also been recognized company-wide for his achievements. He has been part of Daum Presidents Club, honoring top producers of all of Daum’s 130-plus agents, every year since 2016. Last year, he achieved the largest transaction of the Daum Phoenix office with the $24.1 million sale of Desert Gateway Phase I.

Rogers faced an unprecedented challenge earlier this year when he took over leadership of Daum’s company-wide Young Professionals Program, just a few weeks before the COVID-19 pandemic was declared. He hit the ground running and took initiative to make sure the program stayed active and was a useful resource to Daum’s younger agents.

Rogers faced the challenge head-on by adjusting from an in-person event format to hosting monthly virtual meetings with all 50-plus members of the program. That was supplemented by meetings with Phoenix-based members every other week, as well as more one-on-one mentorship sessions than usual, in order to give Daum’s up-and-comers the support they needed and space to talk through and receive advice regarding the challenges they were facing.

These are just some of the reasons we chose Rogers as one of the Phoenix 2020 Next Generation Award winners. Connect Media’s fourth annual Next Generation Awards recognize young leaders in the commercial real estate industry who are likely to be influential for years to come.