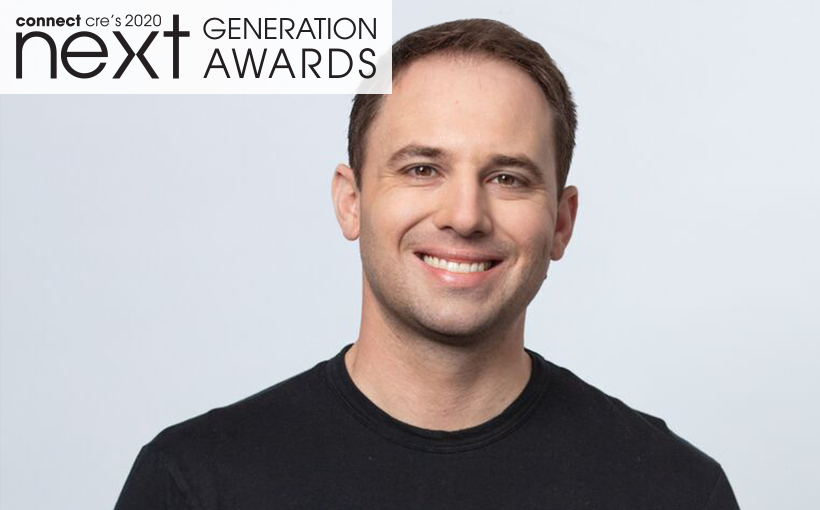 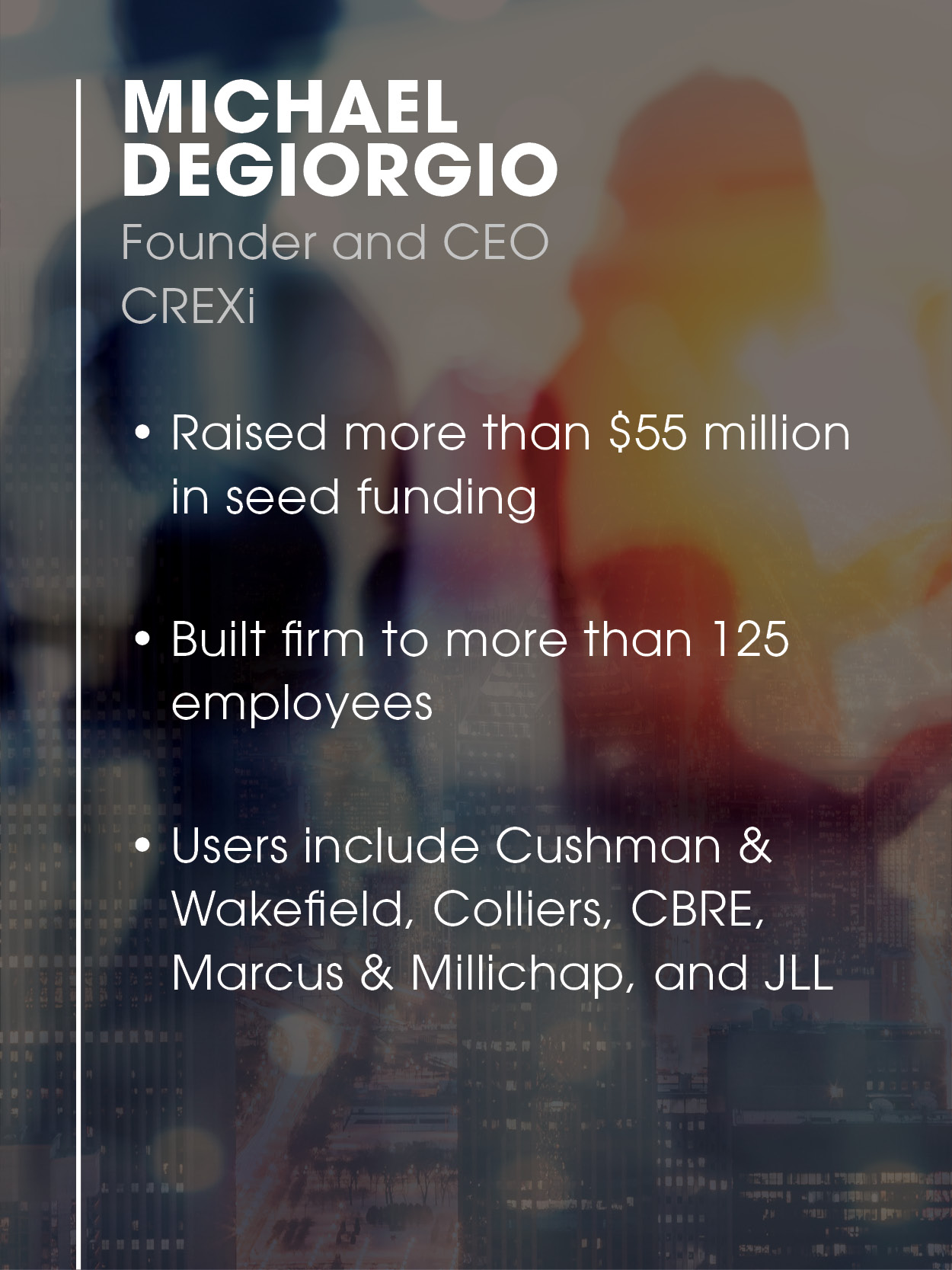 CREXi’s Michael DeGiorgio saw a void in the marketplace in 2014 and since then has worked to fill that need. He developed Commercial Real Estate Exchange, Inc. (CREXi) in 2015, at the age of 29. CREXi has emerged as a leading platform advancing the trillion-dollar commercial real estate industry by supplying users with innovative technology to simplify, expedite, and ultimately democratize the entire transaction process for brokers, buyers, and investors.

Through two seed rounds and both Series A and Series B funding, CREXi has raised more than $55 million as of January 2020. CREXi works with in excess of 1,500 brokerage shops representing industry leaders such as Cushman & Wakefield, Colliers International, CBRE, Marcus & Millichap, and JLL.

The success of the firm has been anchored on DeGiorgio’s ability to identify the need for an end-to-end digital marketplace within the industry ahead of top industry players, which continues to propel the future of CRE forward with CREXi. After graduating from Northern Illinois University in 2010, he had joined Auction.com, also known as Ten-X, in 2011, where he played a major role as Vice President until 2014.

Today, he leads a team of more than 125 employees with trust and grit, making a particular effort to ensure the team feels connected, sharing in this common goal and mission, and accountable to each other while transitioning to a completely remote environment.

These are just some of the reasons we chose DeGiorgio as one of the California 2020 Next Generation Award winners. Connect Media’s fourth annual Next Generation Awards recognize young leaders in the commercial real estate industry who are likely to be influential for years to come.