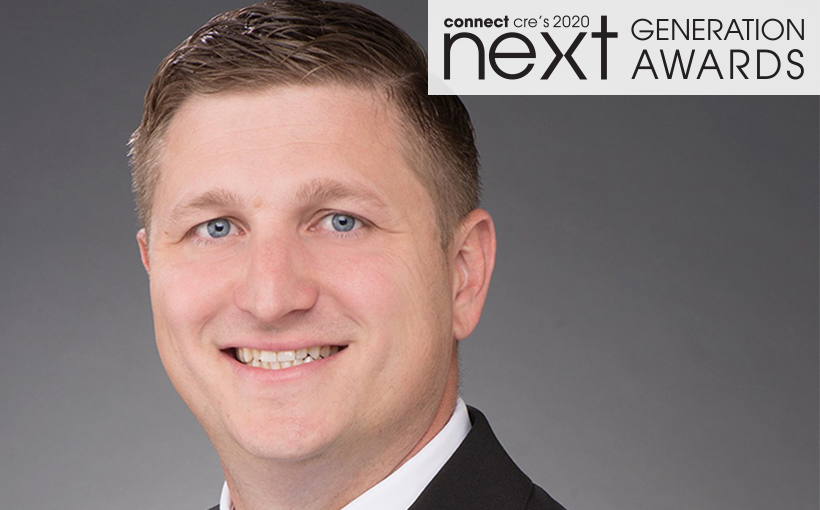 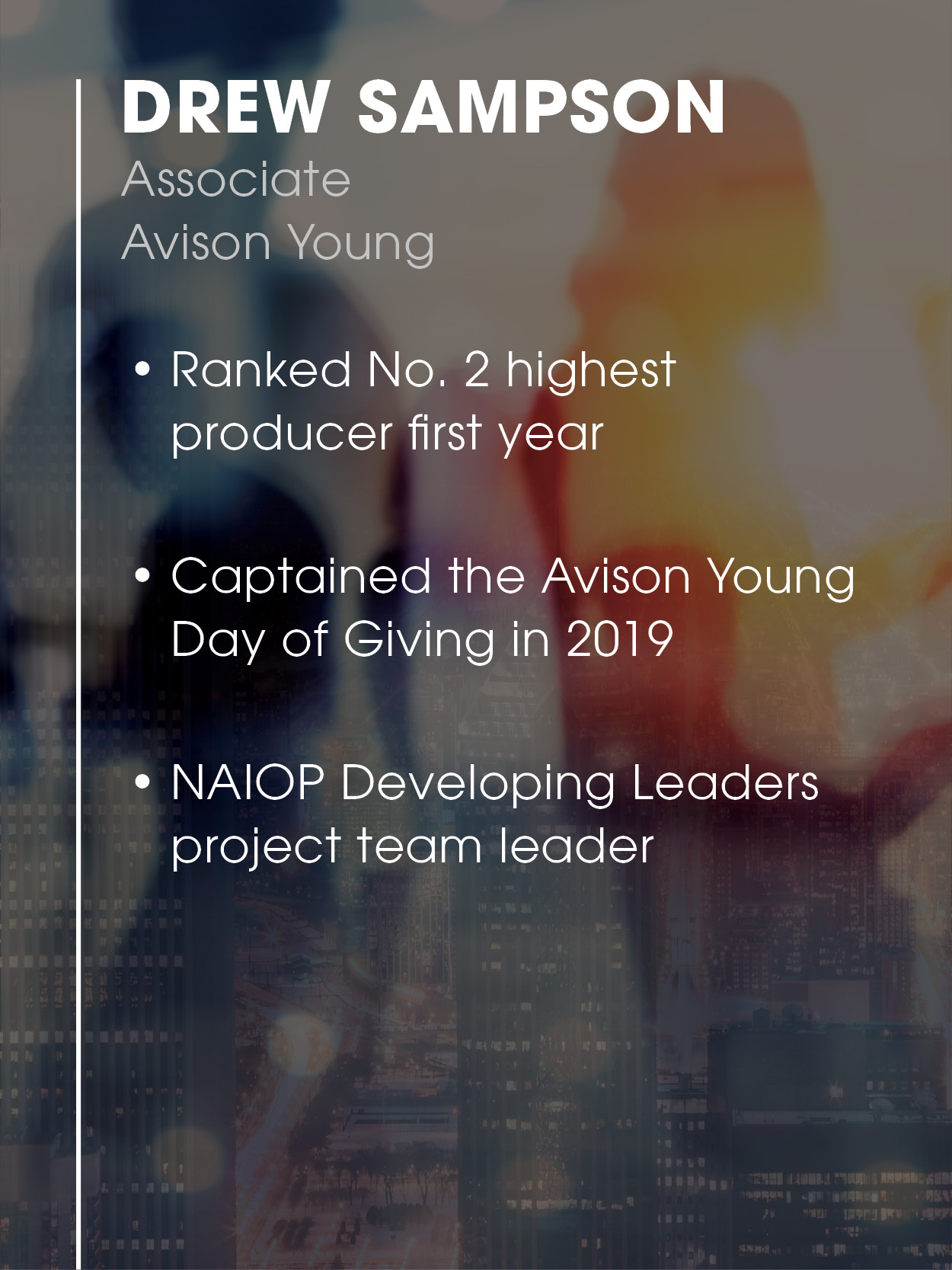 Drew Sampson joined Avison Young as a broker nearly two years ago, and specializes in office landlord and tenant representation working on a team with the top two producers in the Phoenix office. He has been a part of the firm’s Emerging Leaders program for a little over a year and is currently the office Ambassador to the Emerging Leaders program, serving as a mentor to the younger emerging leaders.

Though still early in his commercial real estate career, Sampson has already made a significant impact. He was the second highest producer in the office in just his 12th month on the job and he continually wins “most new prospects” or “cold call” competitions. He’s even undertaken the role of office landlord representation in the Phoenix office. He provides results for his landlords with pure hustle, hard work, out-of-the-box thinking and unique marketing campaigns.

He has been involved in CRE industry organizations like NAIOP from the start of his career. Sampson served the team leader for the NAIOP Developing Leaders project, and he also is a member of the Valley Young Professionals (VYP) group, a program of the Greater Phoenix Chamber.

Sampson captained the Avison Young Day of Giving in 2019, a day of volunteer service, and is in the process of planning 2020 with new parameters focusing on social justice. His passion for helping others not only shows in his work but within the community. He has built homes with Habitat for Humanity, served at Valley homeless shelters and worked with Special Olympics. He began as a volunteer at the Boys and Girls Clubs of Metro Phoenix because of his passion for contributing to underprivileged youth in Phoenix. He now serves on the board of The Boys and Girls Club of Metro Phoenix.

These are just some of the reasons we chose Sampson as one of the Phoenix 2020 Next Generation Award winners. Connect Media’s fourth annual Next Generation Awards recognize young leaders in the commercial real estate industry who are likely to be influential for years to come.