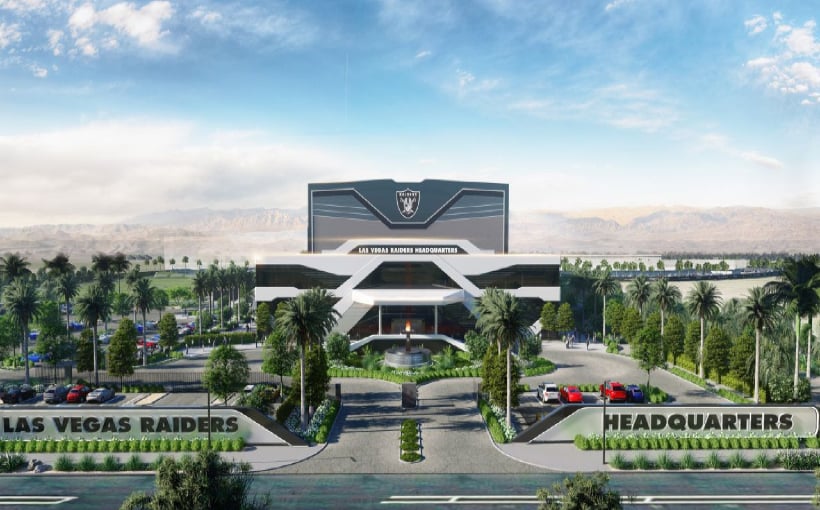 Chicago-based Mesirow Financial has completed a sale-leaseback acquisition, valued at $191 million, for the under-construction Raiders football practice and operations facility, signing the team to a 29-year lease with seven 10-year extension options.

Located at 1475 Executive Airport Dr., off St. Rose Parkway in west Henderson, NV, the Raiders HQ is across from Henderson Executive Airport. When complete, the facility will encompass 323,000 square feet and include indoor and outdoor fields, a gym, a sand pit and offices.

The Raiders bought 55.6 acres of land from the city of Henderson in 2018 for approximately $6 million. Records show the Raiders entered into a ground lease at the site and subleased it right back, indicating the team still owns, but is now renting, the land underneath the complex.

The Raiders are expected to move into the new Allegiant Stadium in July, in time for the start of the NFL season.

Connect CRE reaches the top players in the industry across all property types, as well as every discipline that contributes to the dynamic world of CRE.
Email the Author