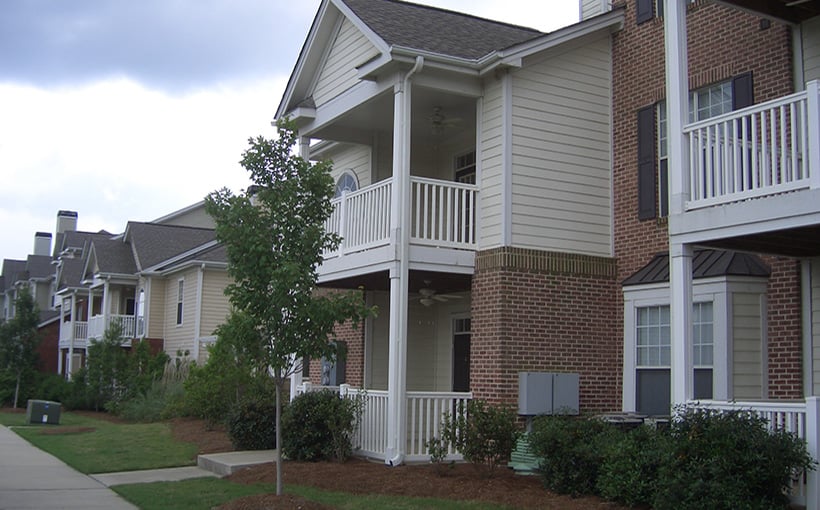 KeyBank Webinar: Affordable Housing Has Its Moment Amid Growing Shortage

What was a housing affordability crisis even before the COVID-19 pandemic has now grown into a shortage of approximately seven million affordable rental homes for people whose household incomes are at or below the poverty line. Against this backdrop, there has been growing momentum in terms of policy initiatives and federal funding to address housing affordability.

As AHTCC’s Cadik pointed out, affordable housing is having a moment that advocates hope will continue. On Dec. 27, 2020, President Trump signed a bipartisan year-end legislative package including a long-awaited minimum 4% low-income housing tax credit (LIHTC) rate for affordable housing acquisitions, a disaster housing credit allocation, $25 billion in emergency rental assistance and other measures.

Under the new presidential administration with a change in Senate balance, affordable housing remains a key priority. In March, Congress passed the American Rescue Plan, which provides more than $40 billion for housing.

“There has been more than $70 billion put toward housing in just the past few months, which is a sad testament to the need and the way the crisis has grown in the past year,” said Cadik. “But it shows there is growing recognition among policymakers that affordable housing is essential.”

One of the most useful policy tools for spurring affordable housing development is the federal
low-income housing tax credit (LIHTC), the dollar-for-dollar tax credits that real estate developers and investors can claim to help finance affordable housing projects. The Biden administration has proposed increasing investment in LIHTC as part of infrastructure legislation. With bipartisan support of Congress, the pending reintroduction of Affordable Housing Credit Improvement Act could help to further expand tax credits available.

States from coast to coast are also pushing for increased access to private activity bonds (PABs), which are used together with the LIHTC and have been in higher demand in response to growing affordable housing needs. While the shortage of PABs was once viewed as a big-city, “blue state” concern, such states as South Carolina, Georgia and Tennessee are increasingly in need of more PABs as well, said Cadik.

Cadik was among those testifying at a recent Congressional hearing about proposed IRS regulations concerning LIHTCs that some advocates argue would inhibit affordable housing development. AHTCC was among organizations advocating to retain the current income averaging approach, enacted in 2018, that provides flexibility for developers and broadens the range of tenants that can benefit from LIHTCs.

As Cadik explained, a key concern about the proposed rules is that a single unit with an unqualified tenant could threaten all the tax credits applicable to an affordable housing project. “The IRS regulations essentially introduced more risk into the income-averaging set-aside,” she said. “It’s not just a future issue, but created an immediate reaction. We’re starting to see income-averaged developments already underway that are threatened by the proposed rules.”

NAHL’s Roberts discussed the current state of Community Reinvestment Act (CRA) reform that has been underway since 2017 as the Federal Reserve, the Office of the Controller of the Currency (OCC) and the FDIC put forth different and somewhat conflicting proposals. However, progress may be possible with a new OCC now assuming office.

“The election of the Biden administration opens the door to the possibility that the new OCC will be more aligned with where the FDIC and the Federal Reserve want to go,” said Roberts. “Getting even one agency to come up with a CRA rule is hard and time-consuming. To get three agencies on the same page is harder. The good news is that they’ve all been thinking about this for a long time.”

This past September, the Fed issued an Advanced Notice of Proposed Rulemaking that raised the question of whether the CRA should explicitly address race. Racial equity is one of four organizational principles for the Biden administration, noted Roberts.

Aside from the current administration’s focus, the CRA requires modernization. Many banks, including KeyBank, engage in mortgage lending or other CRA-related activities beyond their branch footprints – activities that the CRA does not recognize. Others have growing digital businesses.

“Are there reasons to limit recognition for a bank’s activities anywhere in the country?” Roberts asked. “That’s going to be a big question for the agencies to determine.”

Affordability continues to be central to the mission of GSEs Fannie Mae and Freddie Mac, with mission-driven business required to comprise at least 50% of total volume for each GSE and 20% of volume must come from more deeply affordable housing, according to Beaumariage. Loan purchase caps for Fannie and Freddie are $70 billion each in 2021, or $17.5 billion per quarter, whereas the 2020 caps were $20 billion per quarter for $100 billion over five quarters beginning in fourth-quarter 2019.

“It’s an exciting program,” said Beaumariage. “We’re expecting these programs to be very competitive and to do very well.”

Beaumariage reported that the US Department of Housing and Urban Development’s (HUD) Multifamily Accelerated Processing (MAP) production increased dramatically from about $10.8 billion in FY19 to $17.8 billion in FY20 – a 65% increase – and the pace is continuing.

MAP production with an LIHTC component was up 16% in the same period, from $2.4 billion in FY19 to $2.8 billion in FY20. Beaumariage cheered HUD’s recent announcement that “they will prioritize all affordable transactions over any of their market-rate transactions.”

“HUD does take a bit longer on the processing side, but interest rates are second to none, so it’s well worth the wait,” said Beaumariage. “We’re also seeing increased flexibility in the use of equity bridge loans. We are quite confident that the new revisions will improve the equity pricing that a developer can realize on a HUD deal going forward.”

Bridge loan proceeds can now be used to reduce the equity installment requirement, which remains at 20% of gross equity, with added flexibility for any bridge lender. Modified rules concerning initial operating deficits and working capital funding for affordable housing are expected to decrease the amount of cash needed for construction loan closing – a market-wide challenge.

“It’s no secret that the Biden administration is prioritizing affordable housing,” said Beaumariage. “We expect to see HUD programs becoming more competitive with other financing sources.”

About Connect
Connect CRE offers a fully integrated approach to all things commercial real estate. We deliver an unrivaled combination of content, connections and creativity, produced by a team with decades of commercial real estate experience. With separate but synergistic platforms, we provide our clients a one-stop shop for news and information, marketing and business development strategies, and more.
Advertise with Connect
Reach your target audience with nationwide advertising opportunities, or drill down to your specific market or property type. Connect’s offerings provide increased exposure, followed by viable business development leads.
Connect CREative
A full-service marketing agency dedicated to CRE clients. We combine our extensive CRE background with our team’s business, marketing, communications, technology and design acumen, to develop and execute comprehensive strategies to create, build, and grow successful brands.
Connect Events
Delivering the platform to engage, influence and inform. Whether digital or in-person, we set the stage to bring together the most relevant content with CRE’s most influential minds.
© ConnectCRE 2021 / 3900 San Fernando Road, Suite 1007, Glendale, CA 91204
Contact Us / Policies, Privacy & DisclosuresSubmit Press Release /