Chicago CRE News In Your Inbox . 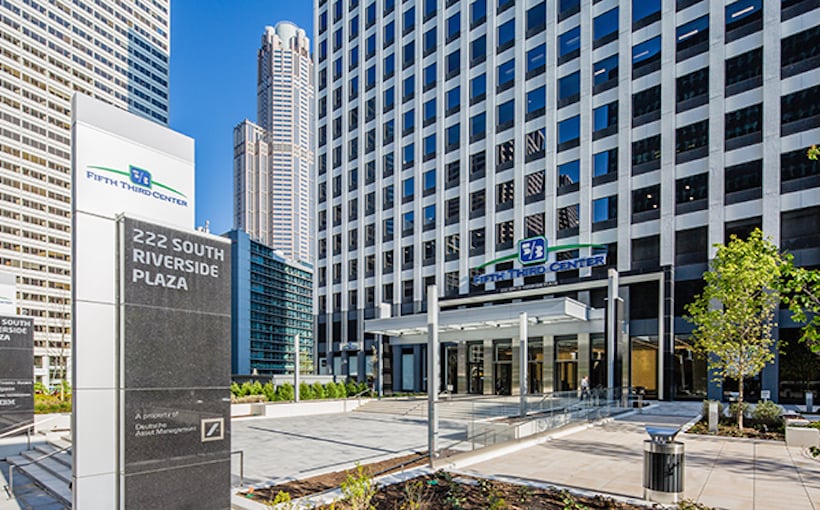 Fifth Third Bank renewed its 145,000-square-foot lease at 222 South Riverside Plaza in downtown Chicago. The firm has been a tenant in the building since 2005, and occupies the top floors in addition to a 4,000-square-foot retail bank branch on the ground floor.

The deal marks the second major lease renewal for the 40-story West Loop Office Tower – Trading Technologies renewed its lease earlier this year. Both renewals come after ownership invested nearly $50 million in renovations at the building.

“This has been a most transformative year for 222 South Riverside, where we’re now able to offer our tenants an entirely new experience,” said JLL’s Nikki Kern. She goes on to say, “that it’s great to see the recommitment of major tenants like Fifth Third Bank and Trading Technologies.”