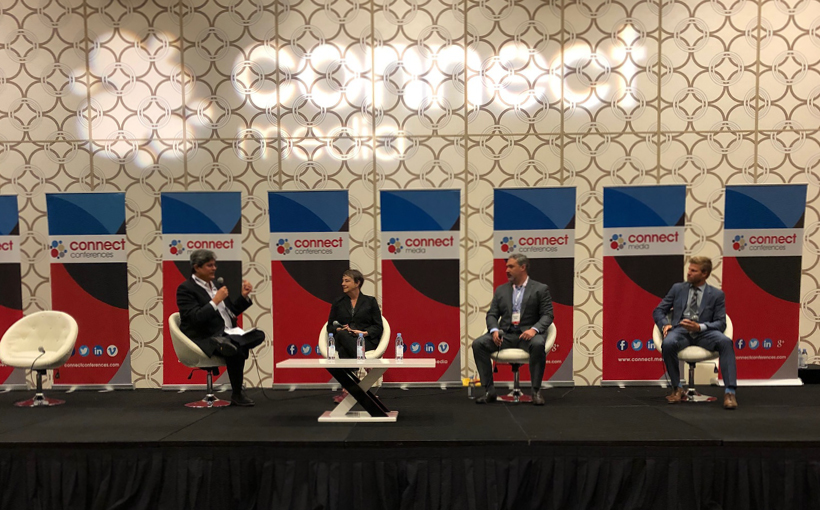 Representatives from across the multifamily lending spectrum said that underwriting is holding steady in the face of the economic slowdown during the recent Connect Apartments 2019 conference, which featured more than 400 attendees at the JW Marriott at LA Live in downtown Los Angeles.

Panel moderator Gary Tenzer, principal and co-founder of George Smith Partners, noted that June marked the 10th anniversary of the economic recovery, but that past recoveries varied wildly in their duration and scope. “If you think this expansion is running out of steam just because of time, there is no such thing. Expansions don’t get tired because of time, but we do know that the economy is slowing down.”

So, the big question then is how this state of affairs impacts the lending environment. Brendan Miller, Principal Chief Investment Officer with Thorofare Capital, said it is widely expected that the Fed will drop rates this year at least another 25 bps. “We are an IRR driven business, so we do have a Libor floor. And we set it 48 hours before the loan is expected to close, which is pretty much industry standard. But, obviously the bridge lending business is very competitive and all deals are negotiable.”

Miller noted that Thorofare does spend a lot of time underwriting the take-out loan. “In today’s market the agency take-out is the most efficient when compared to other perm products.”

Amy Bernier, in Customer Engagement with Fannie Mae, noted that despite seeing a slowdown in the economy, Fannie Mae is projecting $35 billion in volume for 2019. As of April, the agency had already reached $21.7 billion in volume, and is trying to drive business to its uncapped products including affordable, green and manufactured housing and small properties of $5 to $50 million. “We had a huge January and a really significant March.”

Bernier also said that looking ahead, the agency’s economic forecast has improved. “We were looking at a slowdown at the beginning of 2020, and I don’t think we’re still holding to that. We just don’t know what’s going to happen.”

Bernier said Fannie’s underwriting instead has been focusing on the slowdown in rent growth because interest rates have remained flat for some time. “We’re def[initely] seeing that slowdown from where we were a year and a half ago. We’re starting to be a little more careful with interest only. We have been really rigorous in holding our debt cover and maintain our discipline.”

Mark Grace, senior vice president at Walker & Dunlop, noted the difference between working with Fannie Mae and Freddie Mac. “With Freddie, if you want the last dollar for the last year of IO [interest only], Freddie should win the game. If you want better credit terms or you need structure, then Fannie Mae should win the day. Fannie Mae has a lot more latitude in servicing the life of the loan.”

Connect Bay Area is coming up July 18, 2019 at the Grand Hyatt San Francisco. Get more information, and register to attend on this link.