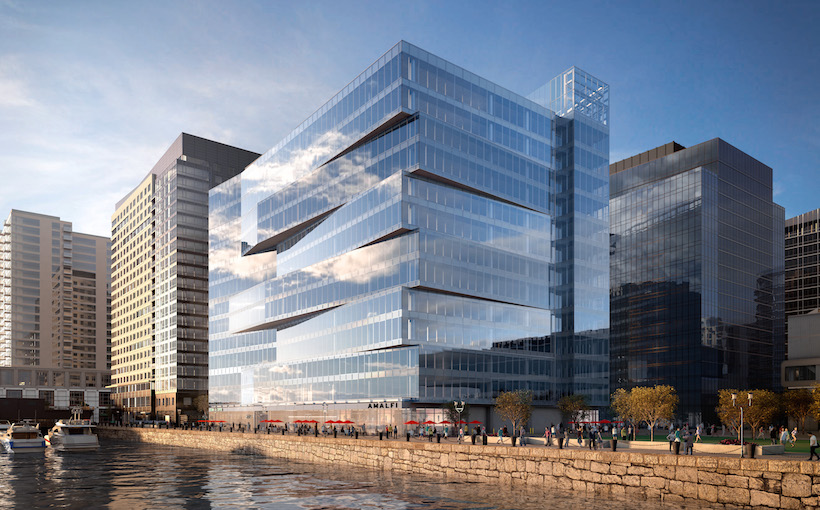 The more than $1,200-per-square-foot sales price would rank among the highest prices ever recorded for a Boston office building. Tenants in the roughly 95%-leased property include Boston Consulting Group, which claimed about half the tower’s space for a global HQ, Cengage Learning and Man Numeric.

NKF’s Rob Griffin brokered the deal for developer, Tishman Speyer, which is also building Pier 4’s final phase next door, a nine-story luxury condo project with 106 units priced in the $2 million and up range.

No more stories
See More Boston & New England Stories
About Connect
Connect CRE offers a fully integrated approach to all things commercial real estate. We deliver an unrivaled combination of content, connections and creativity, produced by a team with decades of commercial real estate experience. With separate but synergistic platforms, we provide our clients a one-stop shop for news and information, marketing and business development strategies, and more.
Advertise with Connect
Reach your target audience with nationwide advertising opportunities, or drill down to your specific market or property type. Connect’s offerings provide increased exposure, followed by viable business development leads.
Connect CREative
A full-service marketing agency dedicated to CRE clients. We combine our extensive CRE background with our team’s business, marketing, communications, technology and design acumen, to develop and execute comprehensive strategies to create, build, and grow successful brands.
Connect Events
Delivering the platform to engage, influence and inform. Whether digital or in-person, we set the stage to bring together the most relevant content with CRE’s most influential minds.
© ConnectCRE 2021 / 515 S Figueroa St., Suite 350, Los Angeles, CA 90071.
Contact Us / Policies, Privacy & DisclosuresSubmit Press Release /