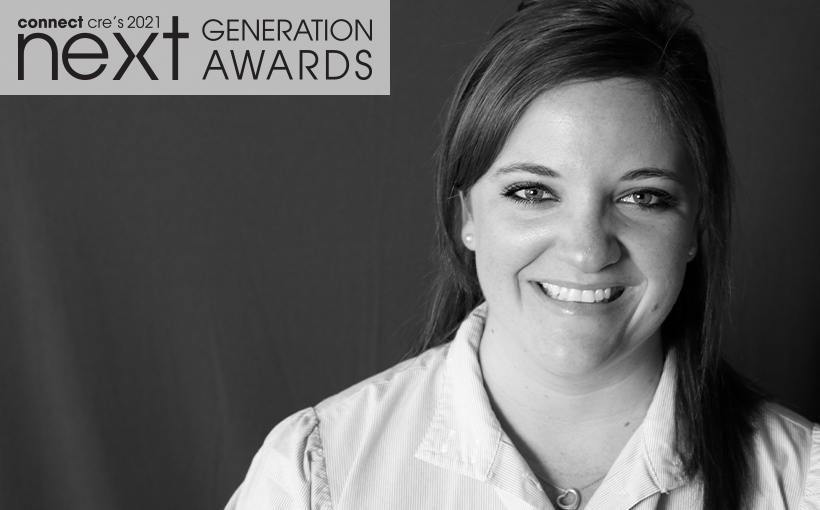 Described as trailblazer and change maker

Jenna Goebig is described as a trailblazer and change maker. She has been involved with the Harold E. Eisenberg Foundation for nearly 10 years, first as a student beneficiary and now as a lay leader. She first engaged with the Foundation as a student participant in the Real Estate Challenge. Soon after, she volunteered to lead the Real Estate Challenge, helping it to evolve and impact more students like her.

A decade later, Goebig serves as the associate board president, is an extremely active member of the Foundation’s governing body, the executive committee, and has established and promoted the Foundation’s diversity and inclusion priorities. She’s regarded as a true example of someone who pays it forward.

Goebig’s full-time occupation is Americas regional project manager at Facebook, where she oversees real estate and construction projects, covering a portion of North America and the entirety of Central and South America. She believes in building a more connected world while giving back to the community.

Her multi-disciplined experience has enabled her to successfully deliver ground up and renovation projects ranging from commercial, mixed-use, tech, and healthcare, life sciences, retail and residential. She has managed and delivered over three million square feet of space, many projects with budgets ranging between $50 million and $200 million.

These are just a few reasons we chose Goebig as one of the Chicago/Midwest 2021 Next Generation Award winners. Connect Media’s fifth annual Next Generation Awards recognize young leaders in the commercial real estate industry who are likely to be influential for years to come.